Pixar animator and storyboard artist Sanjay Patel colorfully chronicles the most significant gods and goddesses of Hindu mythology in his 2006 book, The Little Book of Hindu Deities. His most recent publication, The Big Poster Book of Hindu Deities, Sanjay selected twelve popular deities and made them into gorgeous removable and frame-able posters.

With dozens of gods and goddesses (and one sacred stone), The Little Book of Hindu Deities is chock-full of monsters, demons, noble warriors, and divine divas. Find out why Ganesha has an elephant’s head (his father cut it off!), why Kali, the Goddess of Time, is known as “The Black One” (she’s a bit goth), and what Hare Krishna really means

Following the success of his Little Book of Hindu Deities and Ramayana: Divine Loophole, illustrator Sanjay Patel selected twelve popular Hindu deities to feature in this gorgeous print portfolio. Each full-color poster shows off Patel s cute-meets-modern graphic style, bringing Ganesha, Kali, Shiva, and nine other gods and goddesses into a 21st century Technicolor world. Colorful, playful, and iconic, the posters will be equally at home on a dorm room wall, office cubicle, or framed in a living room or kid s bedroom. Each poster also includes a black-and-white concept sketch on the back, along with descriptive text about the pictured deity. 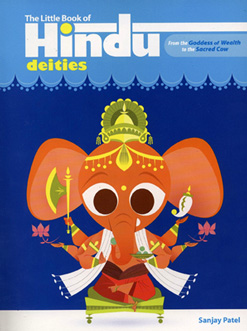 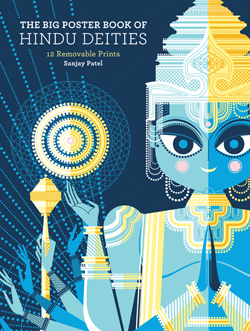