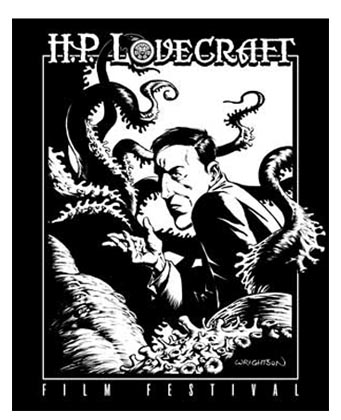 The H.P. Lovecraft Film Festival, celebrating the cosmic horror and weird tales of H.P. Lovecraft, takes place October 5th-7th at the Hollywood Theatre in Portland, OR.

The H. P. Lovecraft Film Festival promotes the works of H.P. Lovecraft, literary horror, and weird tales through the cinematic adaptations by professional and amateur filmmakers. The festival was founded in 1995 by Andrew Migliore in the hope that H.P. Lovecraft would be rightly recognized as a master of gothic horror and his work more faithfully adapted to film and television.

“That is not dead which can eternal lie, and with strange aeons even death may die.”
— The Call of Cthulhu