Air New Zealand unveiled Smaug — the villainous fire-breathing dragon from Tolkien’s novel The Hobbit and the upcoming film by Peter Jackson — by placing him on both sides of a Boeing 777-300 airplane on Monday in Auckland, New Zealand. After the reveal, Air New Zealand flew the plane out to Los Angeles for the global premiere of The Hobbit: The Desolation of Smaug. The film is set to arrive in theaters on December 13th, 2013.

“To see Smaug fly off the big screen and into the skies like this is pretty exciting. We’re proud to debut him here in New Zealand, where our team has worked so hard to bring him to life.” 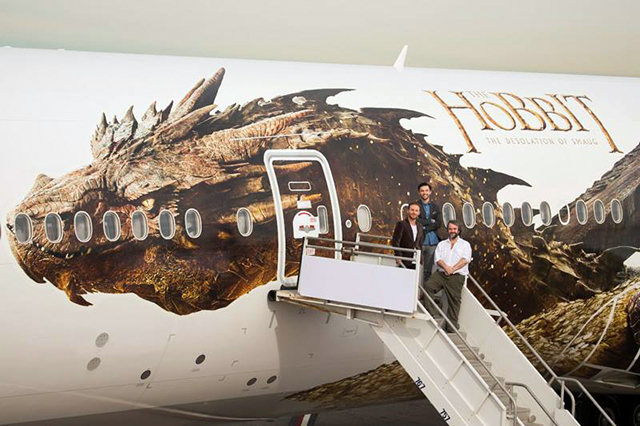 via mUmBRELLA, ComingSoon.net, The Awesomer