The Four Horsies of the ‘Pocalypse is a series of truly twisted pony figures by Bigshot Toyworks. The ponies–Raven, Clash, Calamity, and Ghost–are specifically themed to correspond to the Four Horsemen of the Apocalypse–Famine, War, Pestilence, and Death. The company is currently seeking funds via a Kickstarter crowdfunding campaign for the line.

Bigshot Toyworks previously crowdfunded Little Maddie, a Cthulhu-themed figure in the same line that ostensibly leads the others as they cause havoc and mayhem.

Meet Calamity (Pestilence), Raven (Famine), Clash (War) and Ghost (Death). They’re the Four Horsies of the ‘Pocalypse (or at least they would be if they could only get their act together)! This next-generation of doombringers are on a mission to destroy the Earth, but to do so, they’ll have to beat the likes of Queen Chroma and her rainbow sprite army! Too bad they can’t crack teamwork to save their lives.

Led by Maddie (an older sister type with an affinity for destruction, funded in our last Kickstarter), these would-be Champions of Chaos are desperate to show their parents they’ve got what it takes to inherit the legacy. Cake and ice cream for eternity? Not if these freaky fillies have anything to say about it! 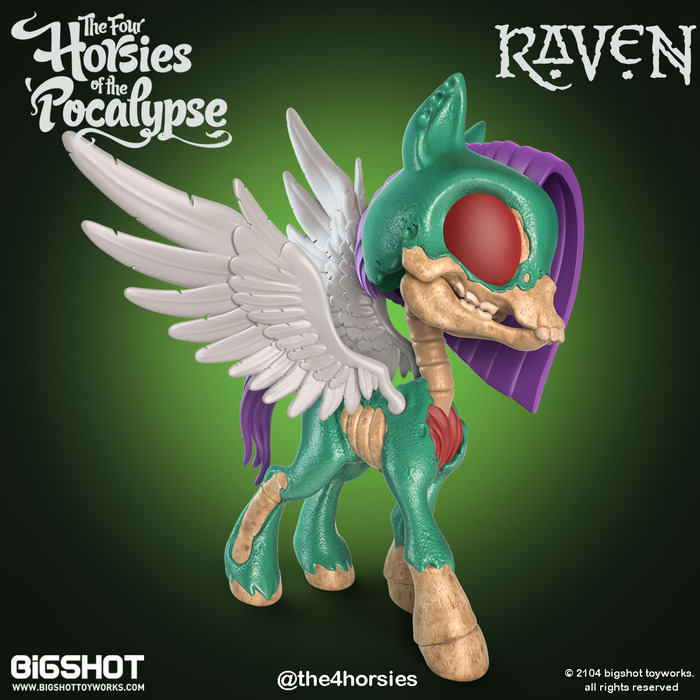 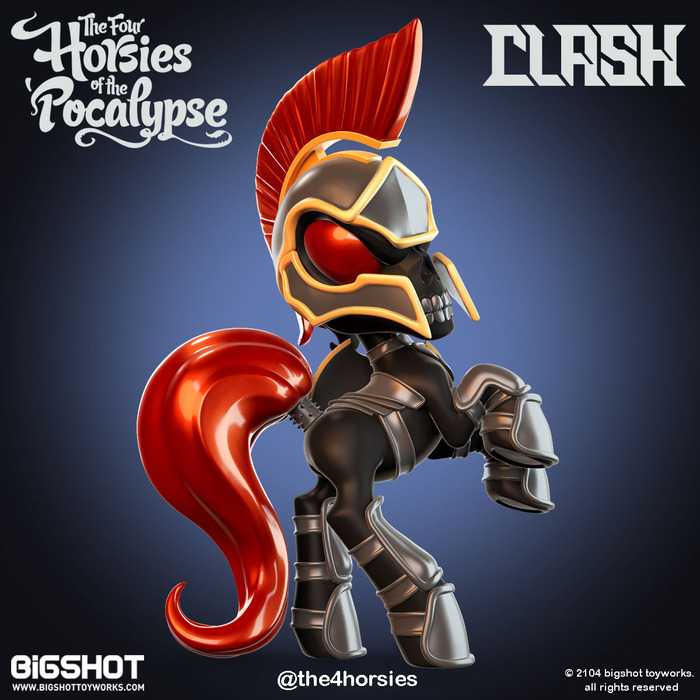 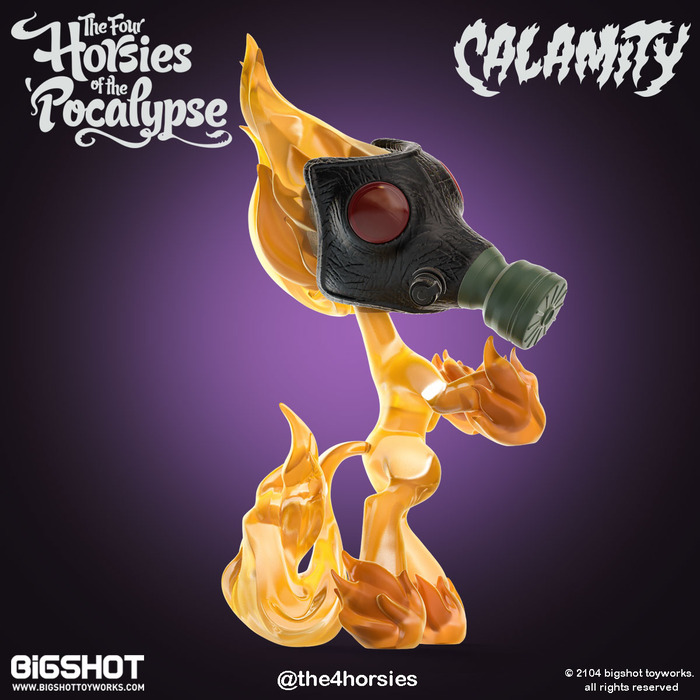 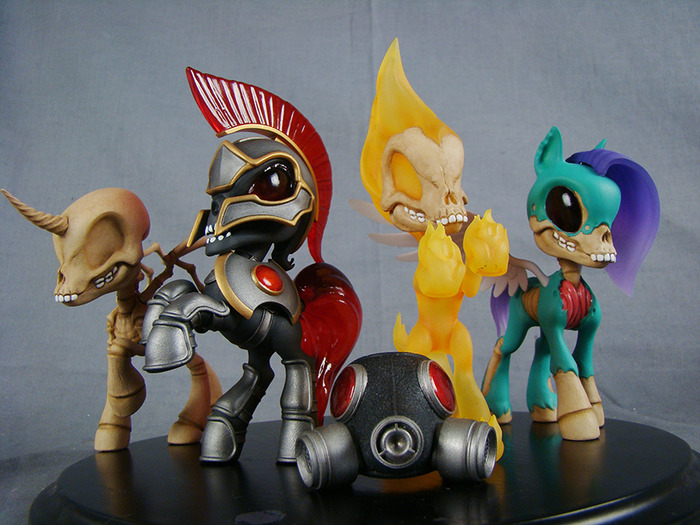 images via Four Horsies of the ‘Pocalypse