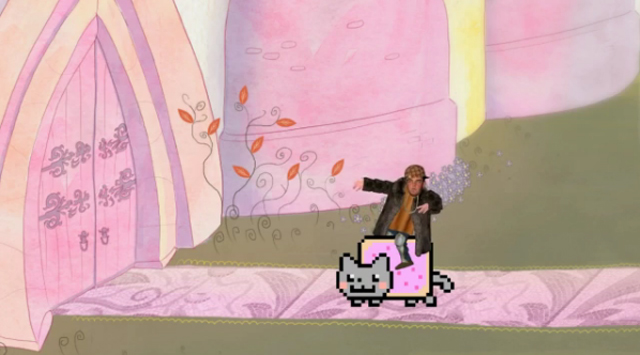 CollegeHumor has created The Fall of Pinterest, a funny animated short where the women of Pinterest stand united against memes, bronies, trolls, and the rest of the internet. There’s a lot of great stuff thrown in here and I had to watch it a few times to catch all the references. Be sure to look for a cameo of Scumbag Steve riding Nyan Cat.

The Internet’s only safe-haven for girls comes under attack. From the rest of the Internet.