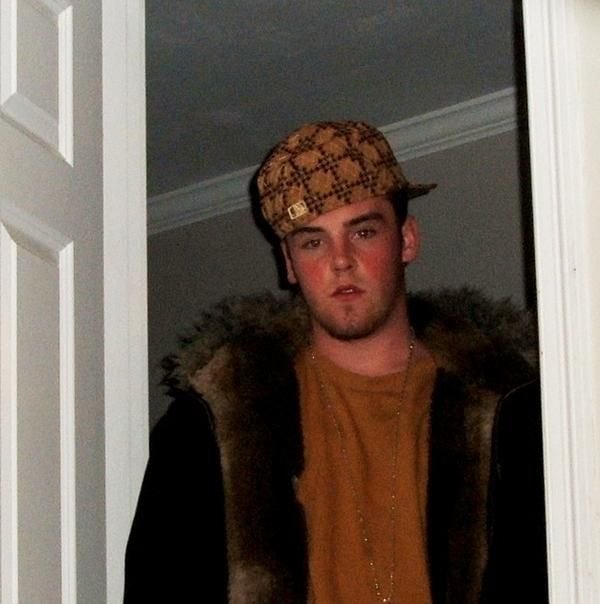 Scumbag Steve is a persona of Blake Boston, a man whose MySpace picture was made into an internet meme in 2011. The photo shows Blake (then a high school student) standing in a hallway wearing a backwards cap. Unbeknownst to him at the time, redditors made up an entire character named Scumbag Steve by adding white blocked text to the photo that, as described by Know Your Meme, “centers around unethical behavior regarding drugs, partying, and other hedonistic behaviors.” Later, his trademark hat became a submeme as people began photoshopping it to other images using similar captions as the original meme. When Blake first discovered his image was all over the internet, he was hurt but later embraced what was happening and adopted the meme as his own. 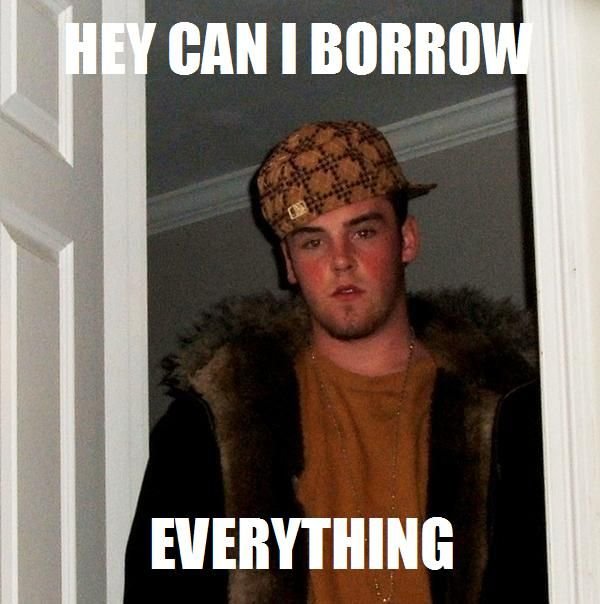 In May 2012, according to TechCrunch, a Brisk Tea ad campaign featuring his memed photo began running on Imgur. He also began starring in a weekly web music video series titled Scumbag Thursdays as an effort to launch his rap music career. His debut video titled Scumbag Steve Overture currently has over 2 million views on YouTube.

Team Laughing Squid recently met Scumbag Steve at The Webby Awards in New York City and became part of his latest music video titled Dirty Girl. In the video, there are cameos of PRGuitarman (Nyan Cat creator) Brad Kim (Know Your Meme), Shira Lazar (What’s Trending), our own Scott Beale and David Klass, and yes, yours truly. For the record, Blake isn’t a scumbag at all. He’s a really great guy. 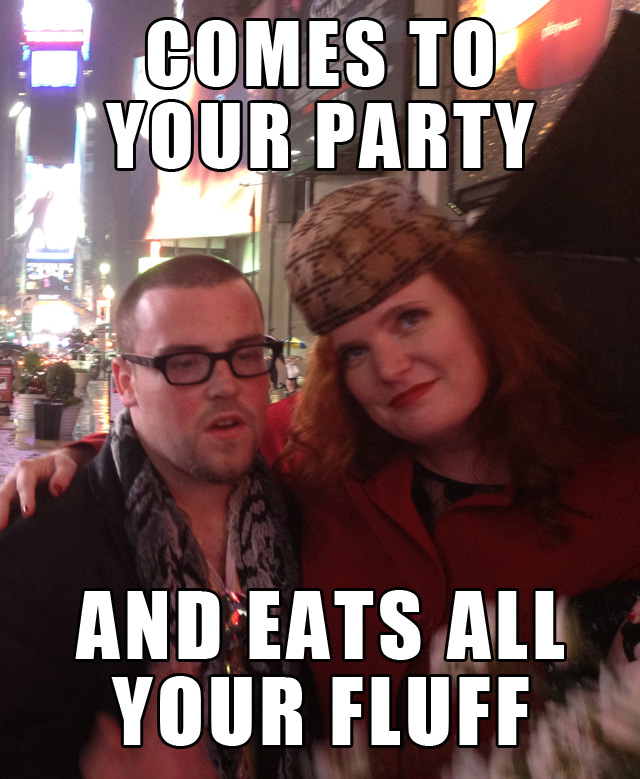 More information about the Scumbag Steve meme can be found at Know Your Meme.