“The Event of a Thread” was a stunning large scale, participatory installation by Ann Hamilton that recently filled the cavernous drill hall at the Park Avenue Armory in New York City. The centerpiece of the installation was an enormous curtain of fabric that stretched across the width of the hall. An array of swings, available to the public, were tethered to the curtain by an intricate rope system overhead—when participants used the swings, the swinging motion caused the fabric to ripple and move up and down. There was quite a bit more to the installation: readers stationed at desks, flocks of pigeons, daily vocal performances…for more, see photos & video by Paul Octavious, and an official video from the Armory. The installation ran from December 5, 2012 to January 6, 2013. 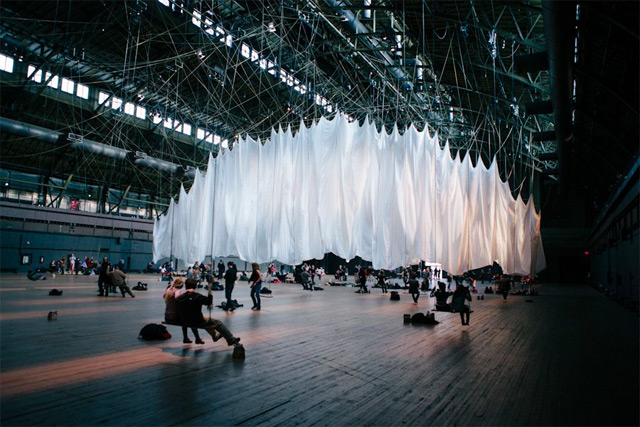 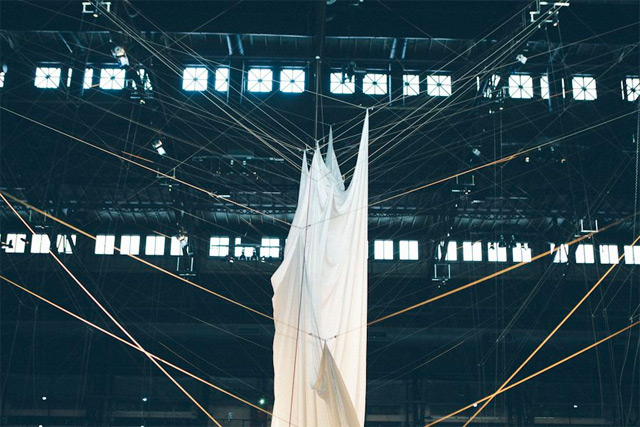 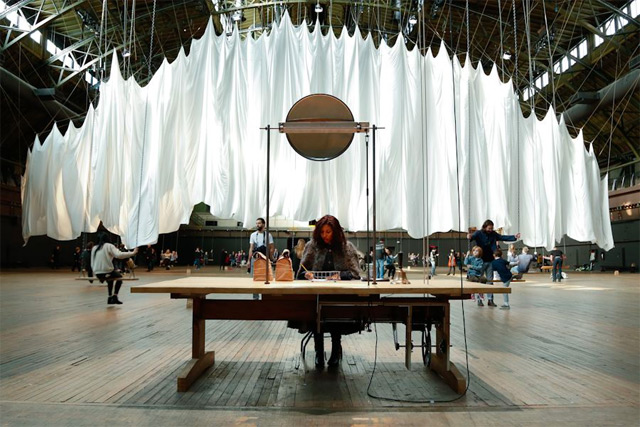