Discovery has posted a preview of the MythBusters epic Grande Finale, which airs on March 5, 2016, followed by a special reunion episode featuring all five hosts of the show.

Since 2002, Adam and Jamie have used science to separate fact from fiction in spectacular style! But, as the saying goes, all good things must come to an end and MythBusters is no exception. Luckily, the guys are going out with a bang and then some: an RV gets blown to kingdom come, Buster goes supersonic, Adam takes the most wild ride imaginable and … well, Cement Truck. It all boils down to a cement truck filled with 5,000 pounds of ANFO as the MythBusters sign off in style.

For this final hour of the television icon that is MythBusters, the five hosts are reunited for one last hurrah! Deep within M5, Adam Savage, Jamie Hyneman, Kari Byron, Tory Belleci and Grant Imahara join forces once more to together give a suitably epic, enlightening and emotional finale to the best science show on television. 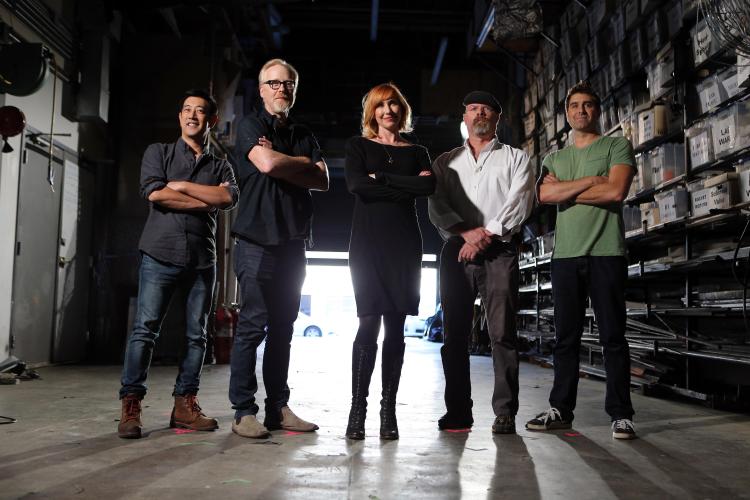