“…we were able to get there quick before the mother was forced to leave by herders arriving to water their cattle. It was a happy ending as we were able to reunite the calf with her mother, Zombe.”

A rescue teame from the nonprofit Amboseli Trust for Elephants saved a young elephant calf named Lemoyian that had gotten stuck in a muddy well near the Amboseli National Park in Kenya.

The full story with images is at the Trust’s Facebook page.

The men quickly got the calf out with a rope. We could see he was a male about three months old. He attached himself to Saibulu. He was young enough to be unafraid of people, but he was clearly very stressed and hungry. There were no other elephants anywhere around and so we could not return him to his family and to leave him there would have been a death sentence. We phoned the Senior Warden and the David Sheldrick Wildlife Trust to start the process of getting their team down to Amboseli to take the calf to their orphanage in Nairobi.

Somehow we had to get him to the airstrip and we had to do it in our Land Rover. We made as much room as possible by folding up the seats. Then we tied him down and blindfolded him which tends to calm calves. Getting him in the back was no small feat because he weighs about at least 300 lbs. Before we left we asked the kind man who had stayed with him what the well was called so we could give the calf a name. It was Lemoyian. 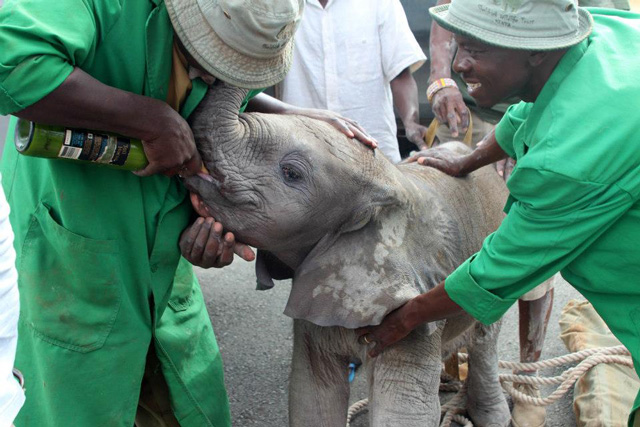 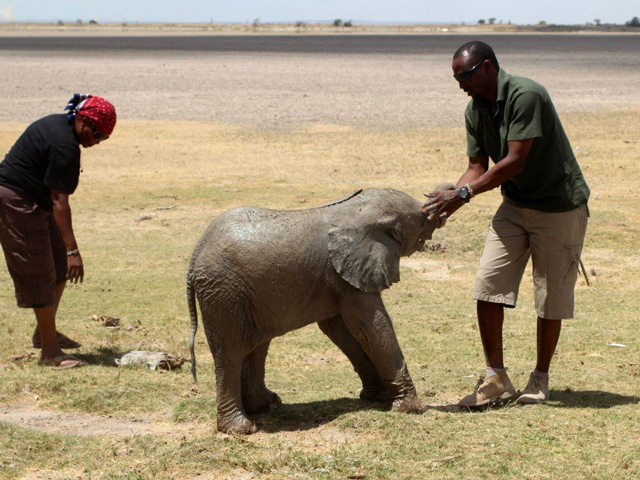