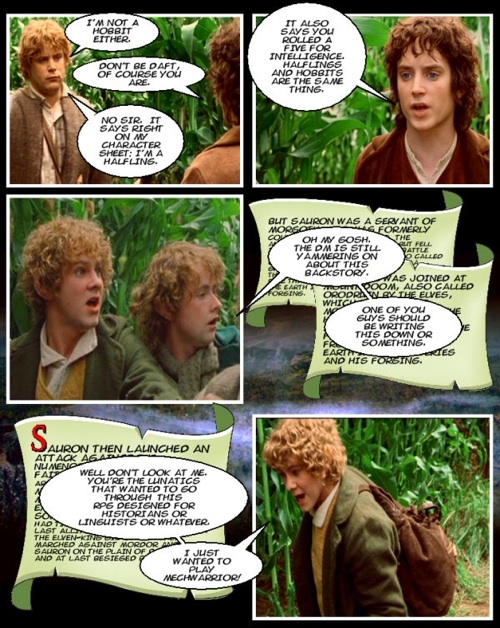 “The DM of The Rings”, a webcomic by Shamus Young that tells the story of The Lord of The Rings in the form of a Dungeons & Dragons campaign.

Lord of the Rings is more or less the foundation of modern D&D. The latter rose from the former, although the two are now so estranged that to reunite them would be an act of savage madness. Imagine a gaggle of modern hack-n-slash roleplayers who had somehow never been exposed to the original Tolkien mythos, and then imagine taking those players and trying to introduce them to Tolkien via a D&D campaign.