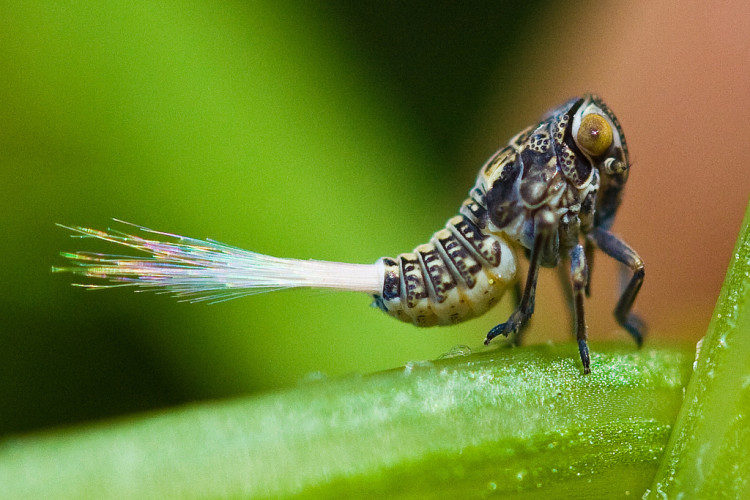 Planthoppers–small insects that feed on plants and hop like grasshoppers–are typically disguised as leaves or plants in their adult form, but as immature nymphs many species take on a much less subtle appearance. Planthopper nymphs are notorious for sprouting waxy filaments that variously resemble optical fibers, afterburners, and bizarre feathery tendrils. For added flair, the filaments oftentimes protrude from the hind end of the nymphs. They’re not simply decorative however: The filaments aid in concealment as well as gliding. 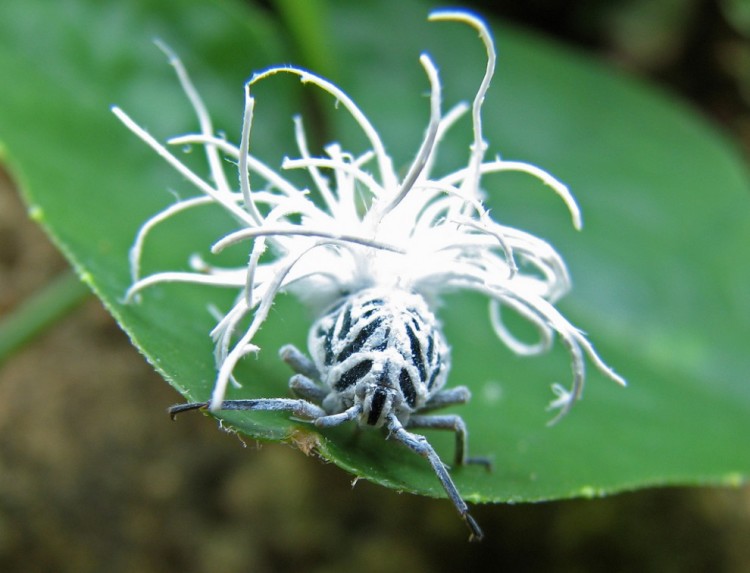 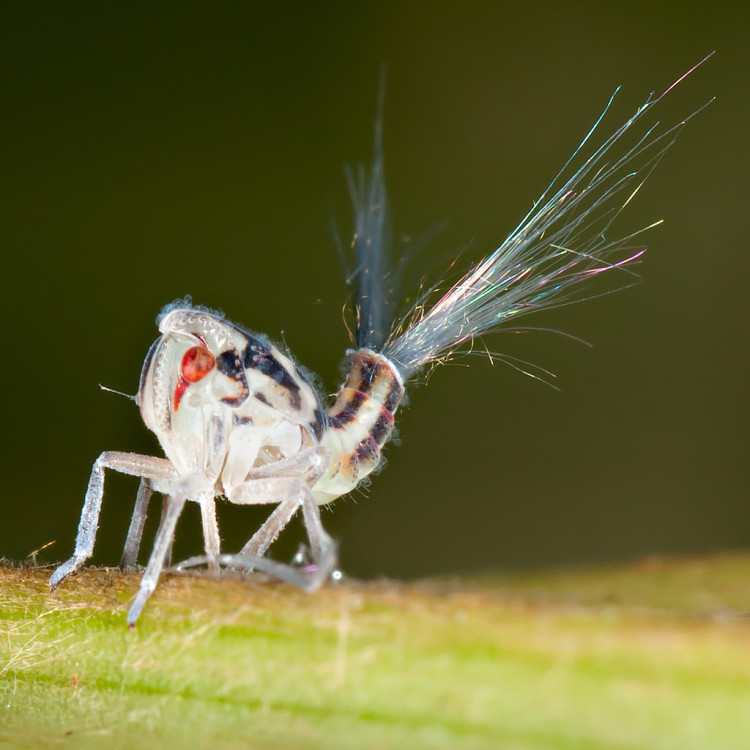 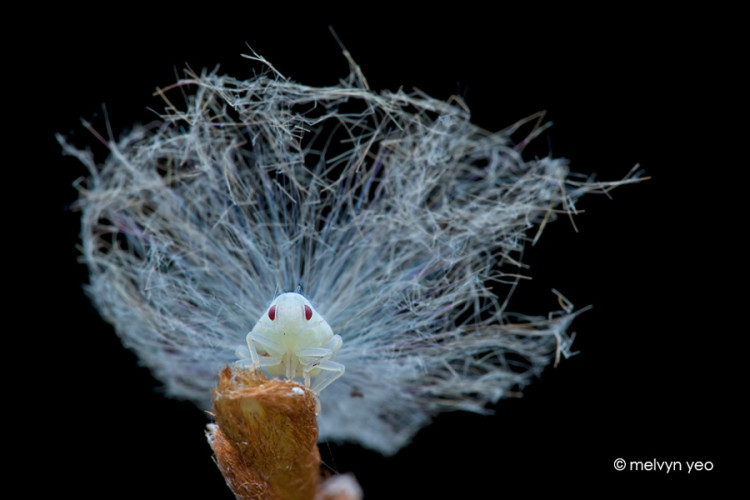 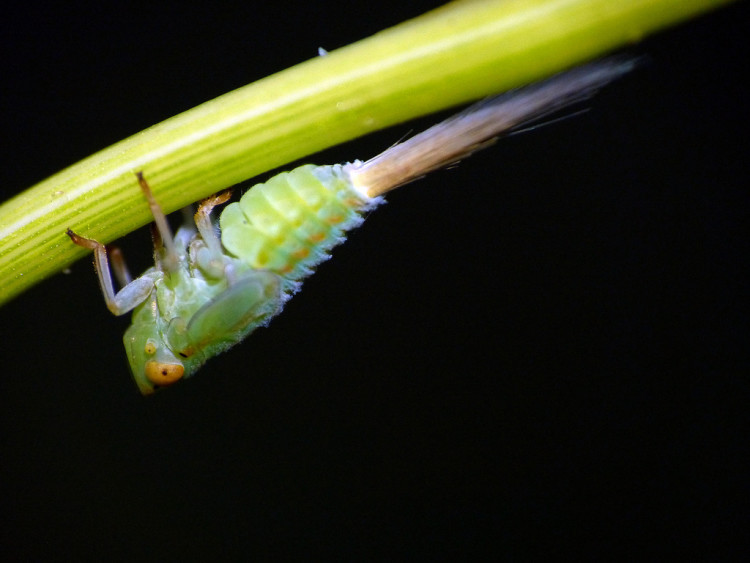 via Featured Creature, Mother Nature Network, Look At This…, The Presurfer