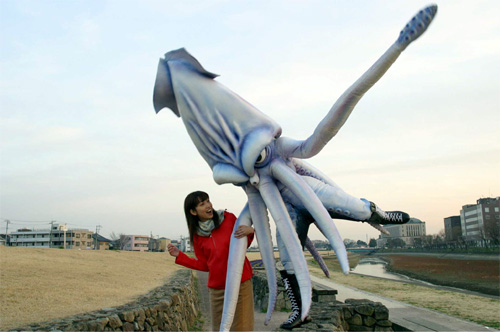 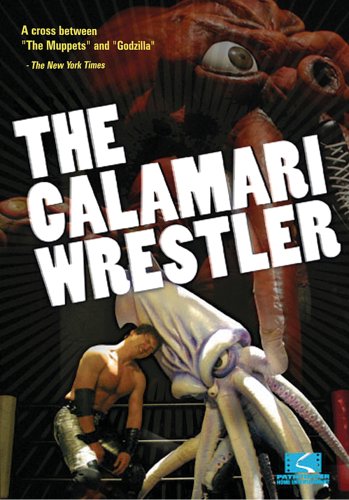 “The Calamari Wrestler” (aka “Ika resuraa”), 2004, directed by Minoru Kawasaki. In a class of its own when it comes to the giant squid wrestling genre. From the Rotten Tomatos review:

This wild comedy pokes fun at the world of pro-wrestling by placing its accomplished wrestler protagonist Koji Taguchi against a giant squid known as the Calamari Wrestler. The Calimari Wrestler not only proves to be Koji’s most difficult opponent yet, but also has an effect on several people’s personal lives when he becomes the unlikely object of a young girl’s affection. A quirky plot, kitsch costumes, and a bizarre romance make director Minoru Kawasaki’s (ULTRAMAN TIGA) effort an interesting and entertaining watch.

We are definitely going to show this at our next Laughing Squid party.

A ten tentacle salute to spacemonkey and Laszlo Toth for the tip!