The Chopping Block has created “The Altered States of America,” an illustrated map of the USA that features iconic scenes from sci-fi, horror and fantasy films. The Chopping Block is currently raising funds on Kickstarter to help with print and distribution costs of the silkscreen posters.

Here are a few of the scenes included in the map:

The iconic scene of ‘King Kong‘ atop New York’s Empire State Building, the final scream scene of ‘Body Snatchers‘ outside San Francisco’s City Hall, or the unforgettable scene of a devastated Statue of Liberty on a NJ beach, just to name but a few. Note that this will be a map of where fictional stories take place — not where something was actually filmed or produced. For example, ‘Carrie‘ takes place in Maine as does ‘Iron Giant‘ and ‘Beetlejuice‘ in Connecticut. 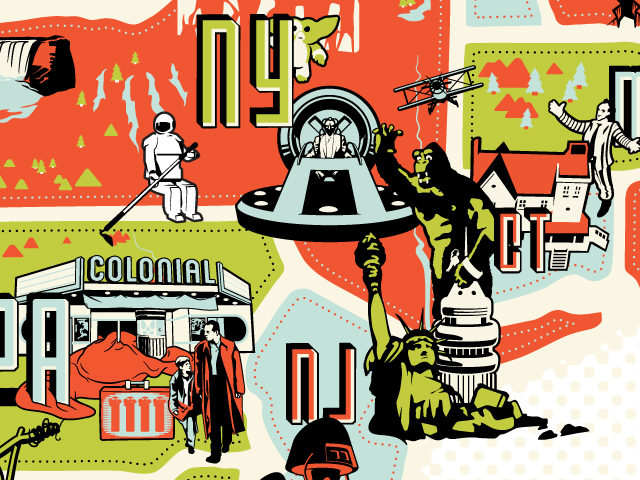 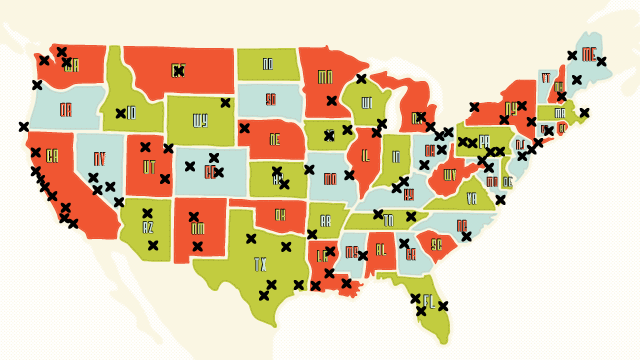 video and images via The Chopping Block