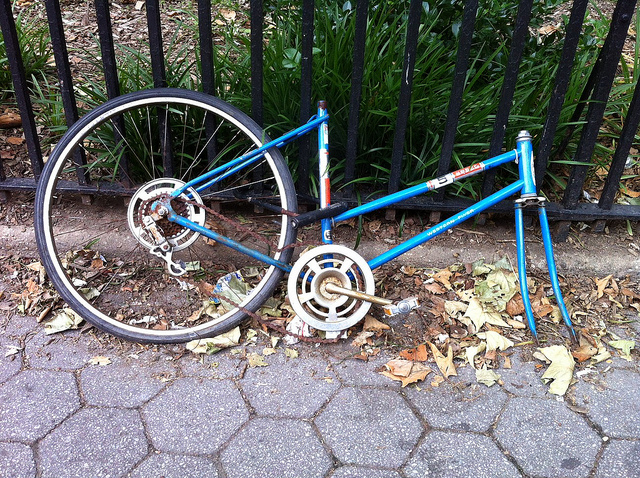 Back in April, WNYC called on its listeners to send in photos and locations of bikes abandoned on New York City streets. After receiving more than 500 photos, WNYC submitted them to the City of New York Department of Sanitation, only to find out that the rules and procedures for removing abandoned bikes are incredibly arduous. As of June 11, only 19 bikes had been removed. WNYC is now exhibiting the abandoned bike photos, as well as distorted bikes and bike parts at the Greene Space in New York City through September 4. 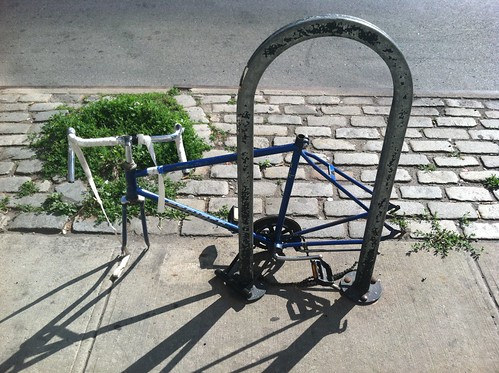