Writer and director David Sandberg (a.k.a. “Laser Unicorns“) has released the finished 30-minute over-the-top short action comedy film, Kung Fury (previously) that follows a powerful kung fu cop (David Sandberg) who travels through time and teams up with vikings, dinosaurs, and more to take out the evil Hitler (Jorma Taccone from The Lonely Island). Digital copies of the awesome 1980s-inspired film are available to purchase online or watch it for free on YouTube. Behind-the-scenes photos and videos are available to browse through on Instagram, Facebook, and the official Kung Fury website.

‘Kung Fury’ takes place in a variety of exotic locations; 1980s Miami, Asgard and Germany in the 1940s, to name a few. With a limited budget to work with, we had to solve this by shooting most of the scenes against a greenscreen backdrop.

‘Kung Fury’ was funded mainly through a Kickstarter campaign, where people from all around the world showed their support for this crazy project. David worked on the film for a more than a year with almost no budget but a strong vision, with the help of friends and family. Most of the film has already been shot, but additional filming and lots of visual effects remain to be done. 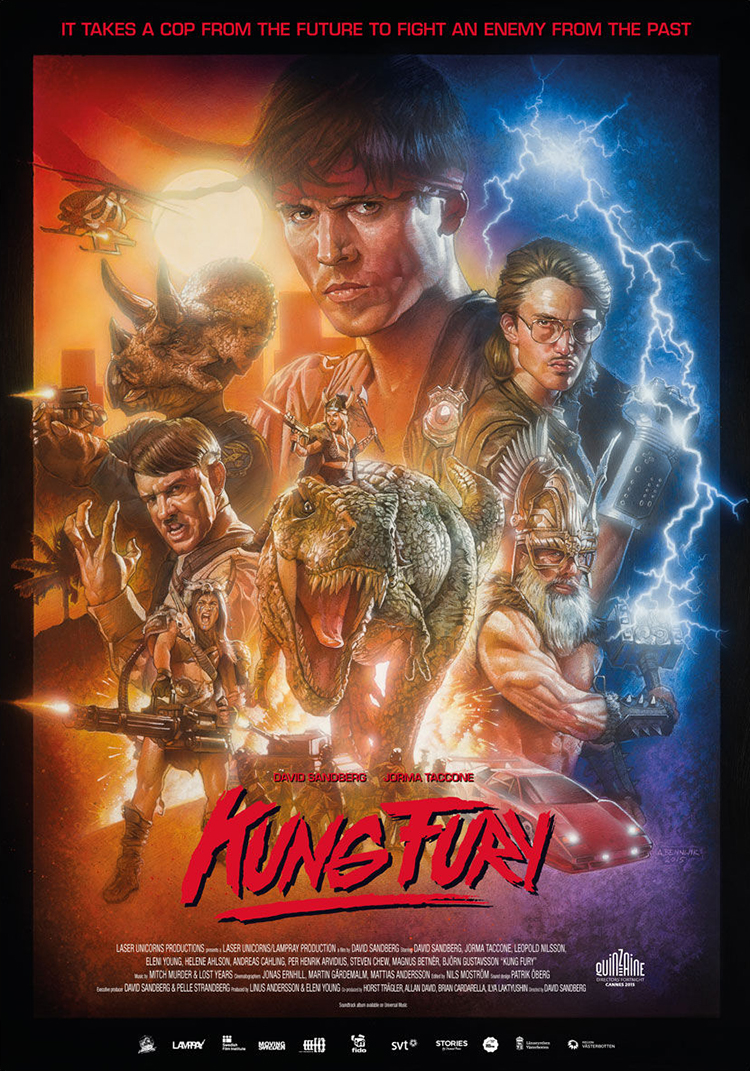