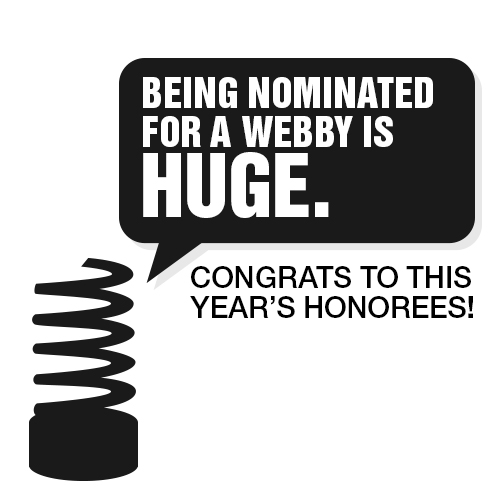 The nominees have been announced for the 17th Annual Webby Awards, which honors “the very best in Websites, Interactive Advertising and Media, Online Film & Video, Mobile & Apps, and Social.” The International Academy of Digital Arts and Sciences chose the nominees from over 11,000 entries from all 50 states and over 60 countries around the globe. Voting is open for the Webby People’s Voice Awards (where the internet chooses their favorites) until April 25, 2013.

The winners will be announced on April 30, 2013. The Webby Awards ceremony will be held at Cipriani Wall Street in New York City on Tuesday May 21, 2013 and it will stream at the Webby Awards website on Wednesday, May 22, 2013.