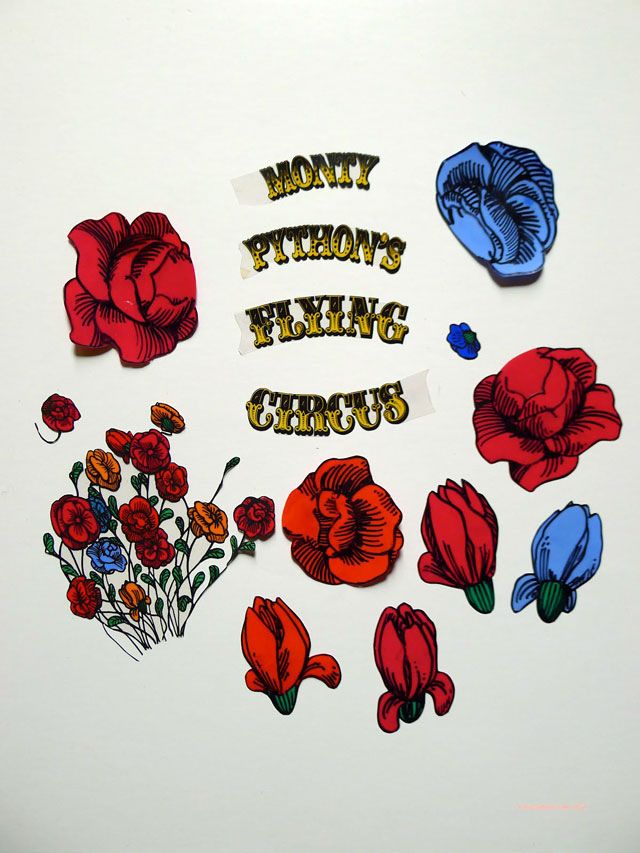 Came across these tiny cut-out pieces for the opening titles of Monty Python’s Flying Circus. Hand drawn, hand painted and hand cut-out by Mr Gilliam himself!

On her blog Discovering Dad, Holly Gilliam, daughter of Terry Gilliam, has been cataloguing her father’s personal archives from “pre-Python days through Python to his feature films and beyond”. What is emerging is a fascinating photographic hodgepodge of doodles, storyboards, and other artifacts from his creative life. The blog is ongoing, so be sure to check in to see what items have recently been discovered.

In October 2011 I took on the mamouth task of organising my father’s archive – all his work from pre-Python days, as a cartoonist, photojournalist & assistnat editor for Help! magazine, through all his original artwork and cut-outs for Python animation, posters, logos and generally everything Python, to his storyboards, designs and sketches for his feature films and other non-film related projects (including his opera of “Faust” and that infamous Nike commercial). Why!? Because I have been lucky enough to be surrounded by my father’s amazing work all my life and I think it should be seen by everyone so I am organising the archive so it can eventually be put in a book and an exhibition. Along the (dusty) way I have uncovered absolute gems. I have set up this blog to share my journey and some of the “gems” I find along the way… Enjoy. 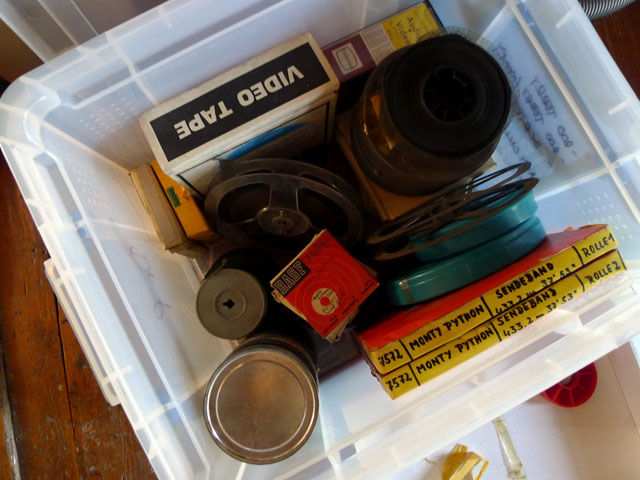 OMG! I just opened up a trunk to discover a pile of dusty, old 16mm film, including some of dad’s early attempts at animation, a short film him & his friends made in NYC in the 1960s and a film can labelled “Beware of the Elephants” (gem!)… Digital scanning facilities here I come (I hope the film hasn’t faded too much)!