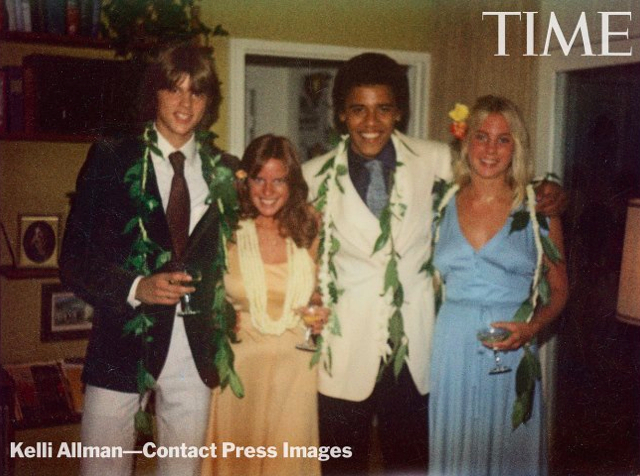 TIME magazine unearthed some photos of a 17-year-old Barack Obama sporting a white suit jacket and a lei on his way to the senior prom with friends in 1979. The photos come from Obama’s classmate at Punahou School in Hawaii, Kelli Allman (née McCormack).