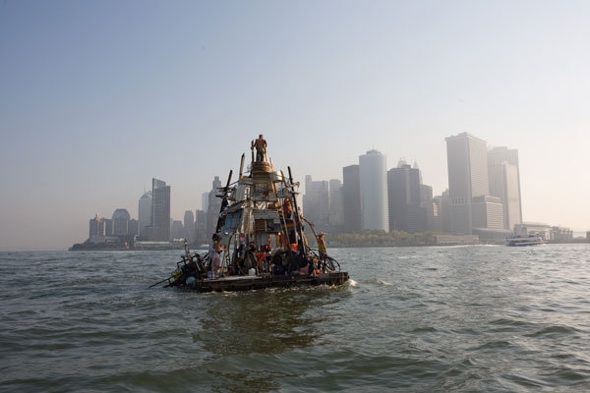 “The Ocean of Blood” is the latest project by the Brooklyn artist group Swimming Cities, who are in the process of building an amazing fleet of sculptural watercraft that they plan to sail down the Ganges river in India next year.

The current project “The Ocean of Blood” will take us to India, from the foothills of the Himalayas and traverse the Ganges River from Hardiwar to the holy city of Varanasi. “The Ocean of Blood” refers to the first incarnation of the goddess Kali, where she is depicted as a formless void, a primordial ocean from which all matter that makes up the world was conceived. This year’s project is our most ambitious and far-reaching yet, as we travel farther from home, and expand to include larger-scale collaborations.

Swimming Cities has launched a Kickstarter project to help raise funds for this epic undertaking.