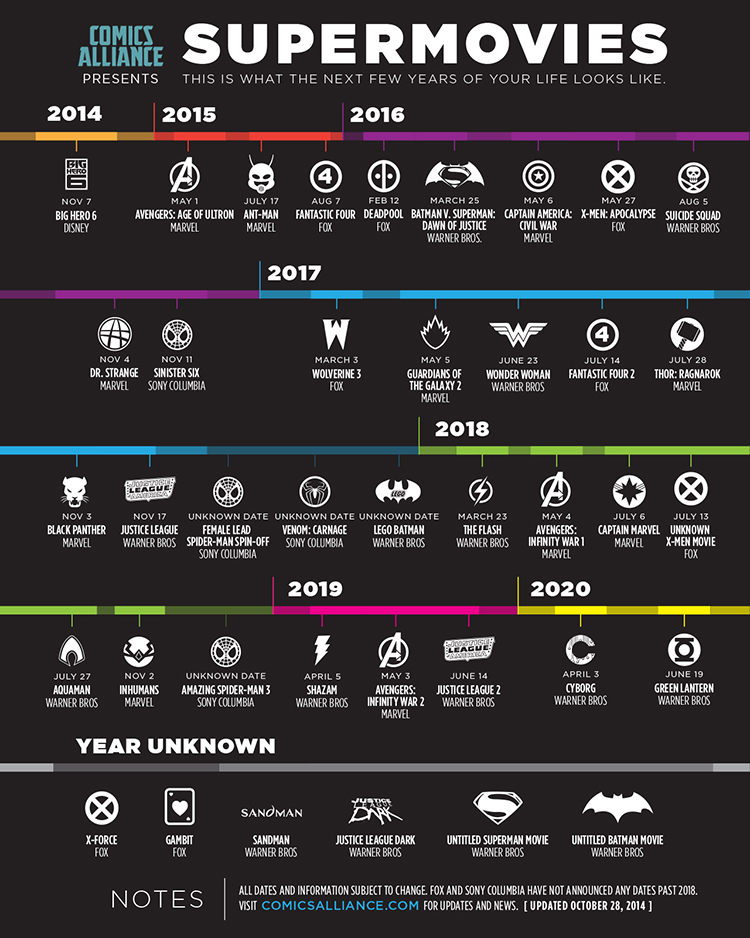 Las Vegas-based graphic designer Dylan Todd of Comics Alliance has created Supermovies, a visual timeline “that reveals what the next six years of superhero movies” currently looks like. Todd recently added the nine upcoming films announced by Marvel. There are a few movies on the timeline with dates and titles still to be announced.