Smarter Every Day shot some super slow motion video on a Phantom high speed camera to get to the bottom of what makes the ice hockey slapshot so powerful. Filmed at 3,271 frames-per-second, the video highlights how the University of Alabama in Hunstville hockey player’s stick strikes the ice before coming into contact with the puck. This allows the flexible hockey stick to build up energy, which is finally released when it comes up from the ice and strikes the puck, launching the projectile at a speed faster than the player is capable of swinging the stick. 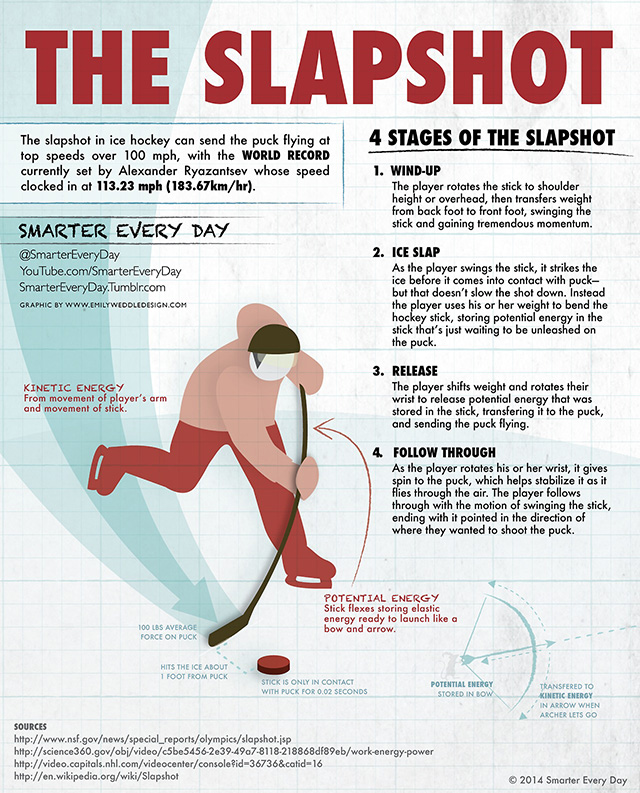 image by Smarter Every Day