Brooklyn-based singer and songwriter Jonathan Mann, known for his Song A Day series on Youtube, will be performing a reading from the first act of The Mario Opera on stage at Joe’s Pub in New York City on Saturday, August 17, 2013 at 7:30 PM. You can RSVP for the event online via Facebook. Tickets are available to purchase online.

The videogame rock opera returns. Mario, a reluctant hero in a strange world, who sets out to rescue his betrothed princess from the Koopa army. Mario, upon realizing the repetitive familiarity of his adventure, is lead to an existential crisis about being a character in a videogame. 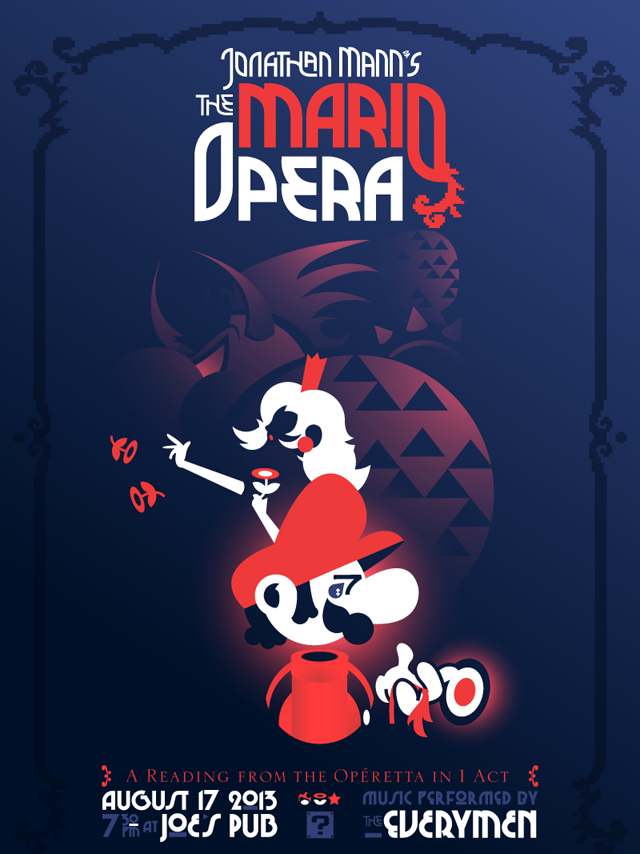 videos and image via The Mario Opera