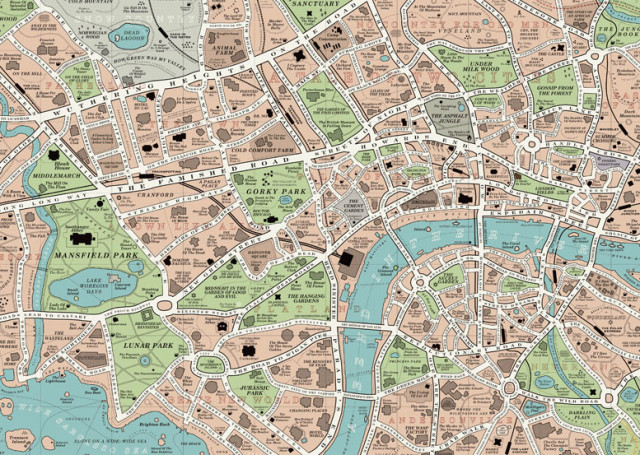 UK-based Dorothy Collective recently released two new themed maps in their ongoing “Map” print series. “Book Map” is a street map, loosely based on 1900-era London map, in which all the streets and locations are named after book titles (more than 600 mainly British books in total). “TV Map” is a street map, based on a map of 1960s Washington D.C., in which the streets and locales are named after over 700 British and American TV shows, fictional locations from shows, and TV personalities. Both are available for purchase as open edition and limited edition prints. 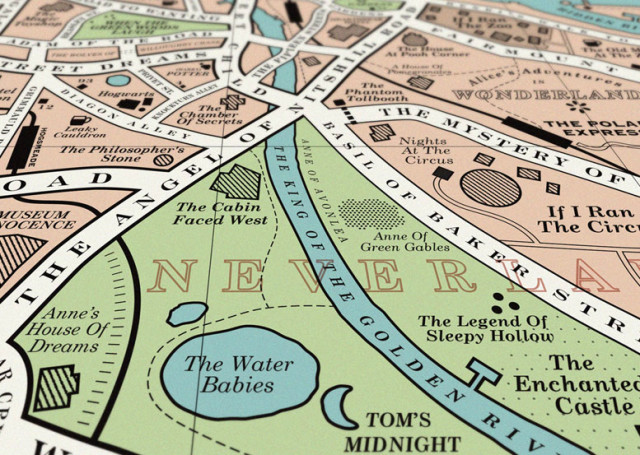 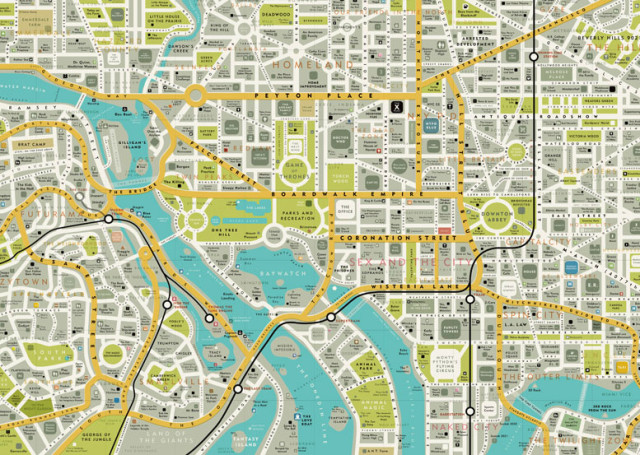 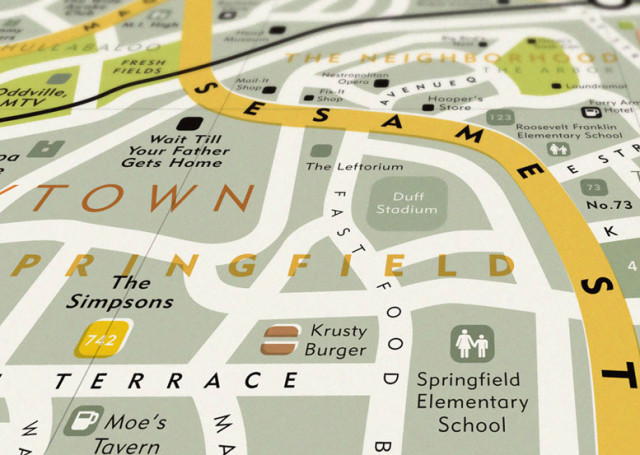