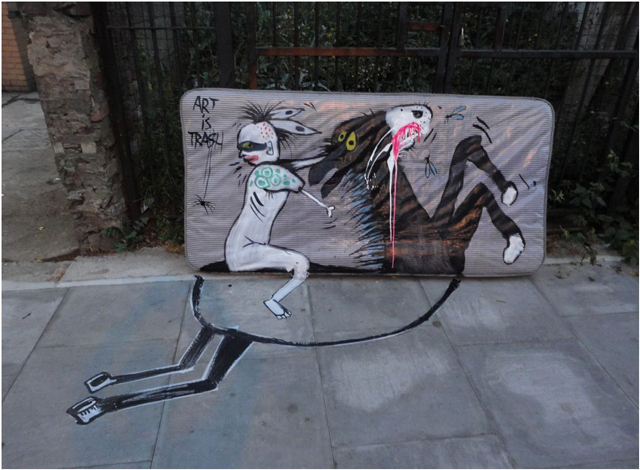 Street artist Francisco de Pájaro (aka “Art Is Trash”) takes piles of garbage found on the street and turns it into quirky art by painting faces and arranging it in humorous ways. The Spanish-born artist recently hit the streets of London and created a series with that city’s trash. Global Street Art’s James Buxton recently interviewed Pájaro for Société Perrier and quotes him, “We consume a lot, and rubbish is part of that, it’s people wasting things. There’s a romantic aspect, somebody’s given it up, they don’t want it, because one little bit is broken, because they don’t want to fix it, that’s the Capitalist mindset, so I give it life, so there’s a sensitive and romantic side to the work. It’s not all about monsters and nightmares in the work. Even when I’m making monsters, I’m taking things and bringing them back to life, giving them meaning.” Pájaro is currently exhibiting at a solo show titled “Police & Horse” at West Bank London Art in West London’s Notting Hill. 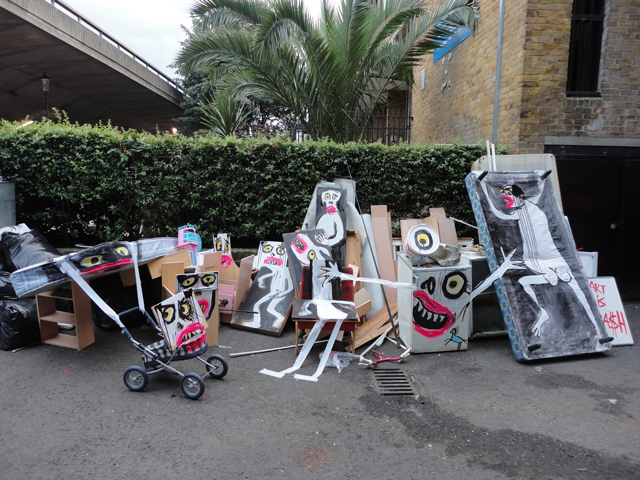 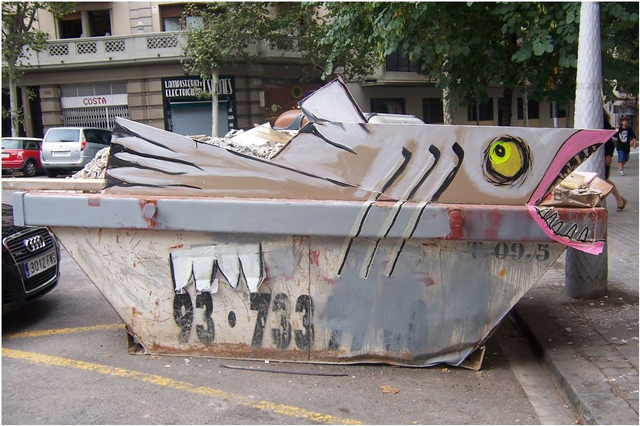 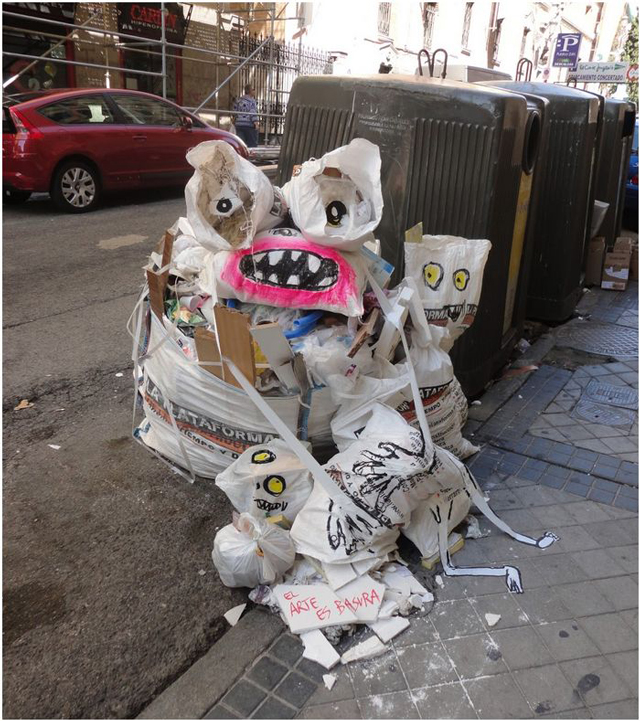 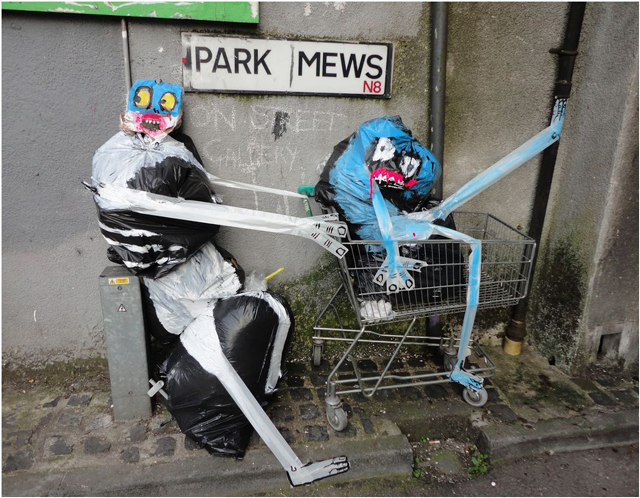 via Vandalog, The Atlantic Cities