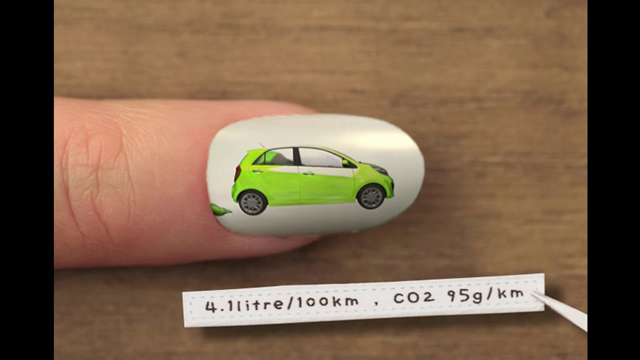 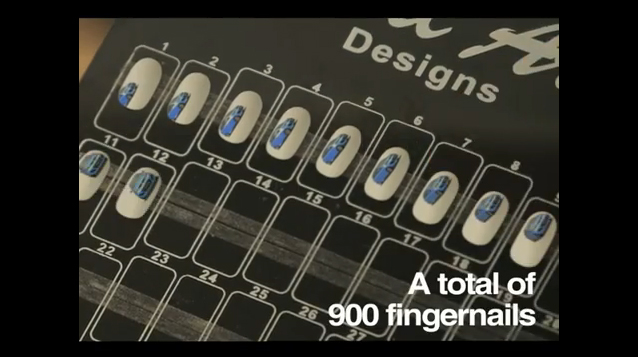 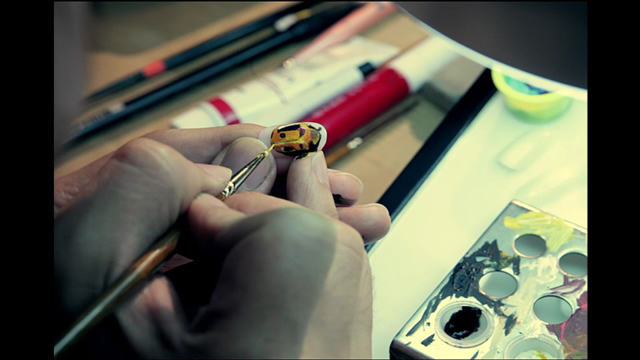 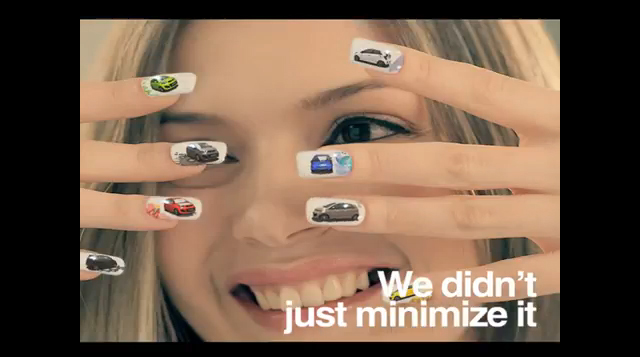 In what is considered the world’s first fingernail art animation, Kia Motors really nailed their 2012 Picanto advertisement. It was no small task, all in all, it took 1200 bottles of nail polish to cover 900 fake fingernails. Each individual nail took two hours to decorate for a total of 25 days and nights of continuous fingernail painting. The finished piece not only shows the car zipping along but also points out several detailed features, all on the tip of a finger. This unique stop-motion animated commercial is meant to catch the eye of an urban female audience who appreciate both manicures and small peppy vehicles.