On Monday’s episode of The Colbert Report, Breaking Bad creator Vince Gilligan sat down with Stephen Colbert to discuss his show and the final episode that aired on Sunday. After wrapping up The Colbert Report for the evening, Stephen goes backstage to a basement where Vince is held hostage at a computer and demands that Vince write more episodes of Breaking Bad. 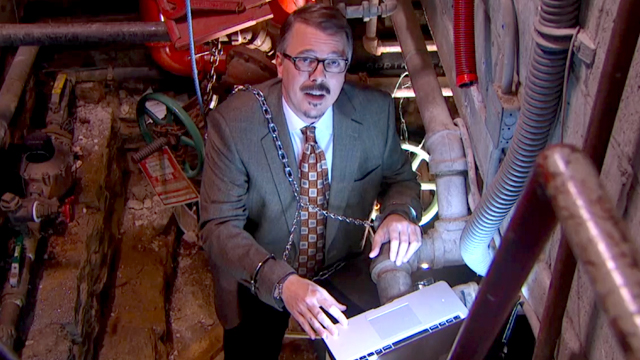 videos via The Colbert Report