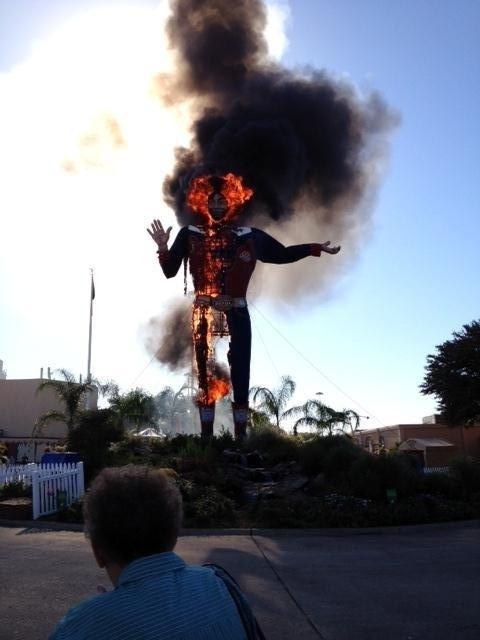 The Dallas Observer has reported that the State Fair of Texas‘ 60-year old mascot, Big Tex, was destroyed by a fire on Friday October 19, 2012. According to the fair’s Facebook page, State Fair of Texas president Errol McKoy “promises that Big Tex will be back in 2013 bigger and better.” The cause of the fire is unknown at this time. At the Big Tex Facebook page, there is a large gallery of images of the 52-foot tall cowboy structure spanning through the years.

Big Tex made his debut at the 1952 State Fair of Texas. Wearing size 70 boots and a 75-gallon hat, Tex towered 52′ above wide-eyed visitors. His denim jeans and plaid shirt were donated by the H. D. Lee Company of Shawnee Mission, Kansas. Cosmetic surgery the following year straightened his nose, corrected a lascivious wink and allowed him to talk. 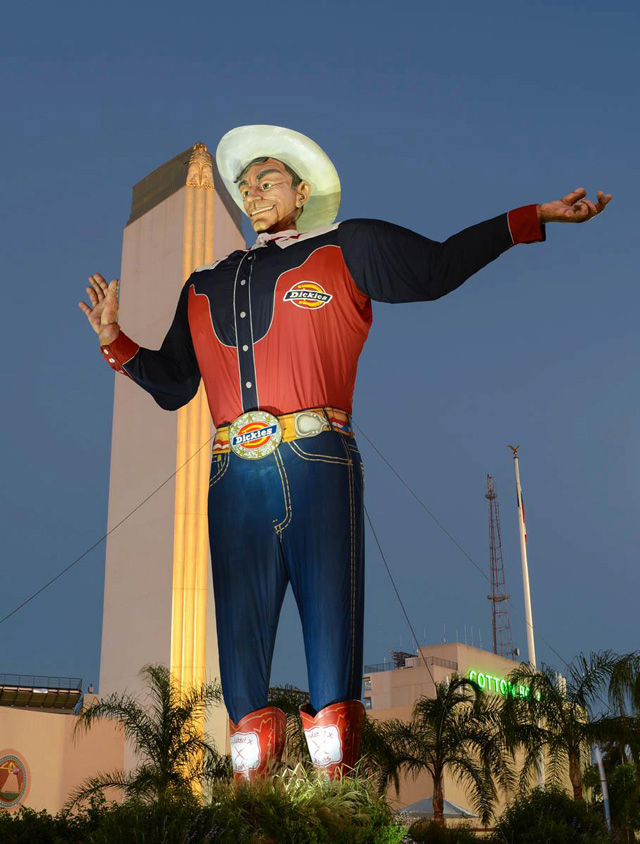 image via State Fair of Texas via Dallas Observer and MetaFilter