The San Francisco branch of Dr Sketchy’s Anti-Art School recently had a Star Wars themed class. Mark Day made a great video of the event, which he posted both as a “censored” version and a special “uncensored” version.

Dr. Sketchy’s Anti-Art school is the world’s premier alt.drawing movement. Artists draw glamorous underground performers in an atmosphere of boozy conviviality. Found in 2005 in a dive bar in Brooklyn, Dr. Sketchy’s has now spread to over 100 cities around the world. 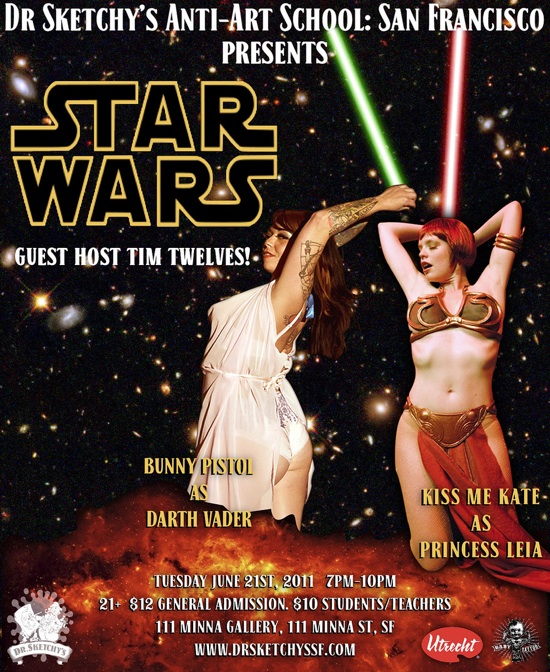