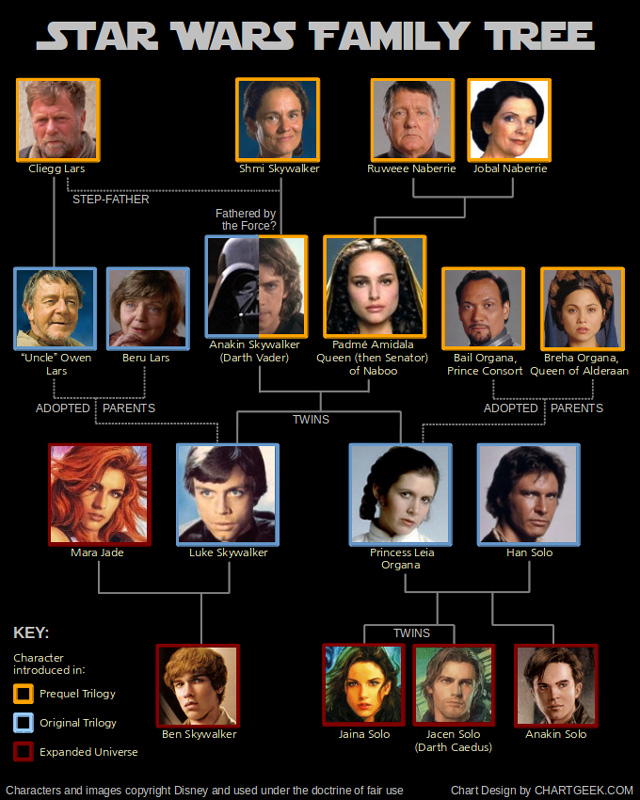 Chart Geek has created the Star Wars Family Tree as a way to “brush up on your Star Wars lore” in anticipation of the new Star Wars movies.

…Plus, if you’re unfamiliar with the Star Wars Expanded Universe, you may want to familiarize yourself with a few of the characters that arrive on the scene after Return of the Jedi. They might feature in the upcoming movies. But keep in mind that that’s a very big “might”. So far, we don’t really know what the new movies are going to be about.

via I Love Charts