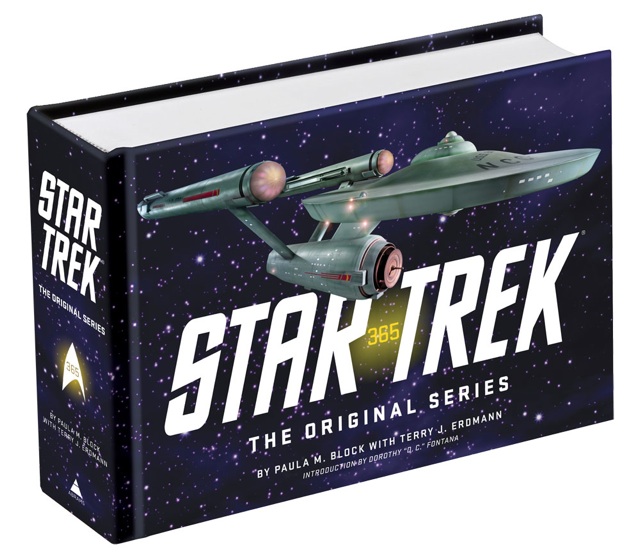 Star Trek: The Original Series 365 is a new book by Paula M. Block with Terry J. Erdmann that provides detailed information and photos from all 79 episodes of the original Star Trek series which aired from 1966-1969.

Star Trek The Original Series 365 is the definitive, authorized guide to Star Trek, Gene Roddenberry’s groundbreaking television program that first aired from 1966 through 1969 and went on to become a cultural phenomenon. A visual celebration of the original voyages of the Starship Enterprise, the book covers the entire series in unprecedented detail, combining in-depth commentary, behind-the-scenes histories, and interviews with writers, cast, and crew, with synopses for each of the series’ 79 episodes.