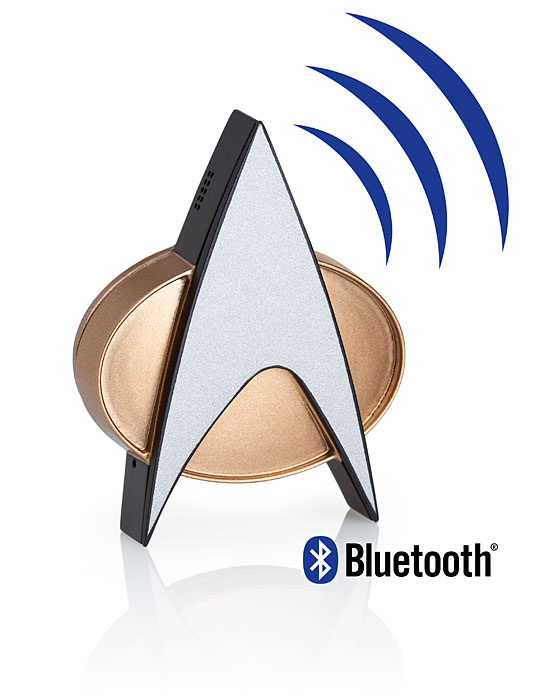 ThinkGeek is featuring a Star Trek: The Next Generation Bluetooth communicator badge that comes equipped with a “built-in microphone for hands-free calling” and “plays the classic communicator chirp sound effect” when you press it.

We’ve had a screen-accurate prop replica ST:TNG badge in our closet for a while. The only thing it was missing was the ability to emit the classic communicator chirp sound effect when we pressed it.

And then we found out an audio company is making a fully-functioning officially-licensed communicator badge. Behold the Star Trek TNG Bluetooth® ComBadge. It hooks up to your phone or device via Bluetooth® and has a built-in microphone for hands-free calling. Once connected, one touch answers/ends calls, plays/pauses audio, or accesses Siri, Google Now, or Cortana. And, of course, a touch plays that classic communicator sound effect. Warning: you’re going to want to keep the micro-USB charging cable handy right after you receive this, because making it chirp is well-nigh irresistible. 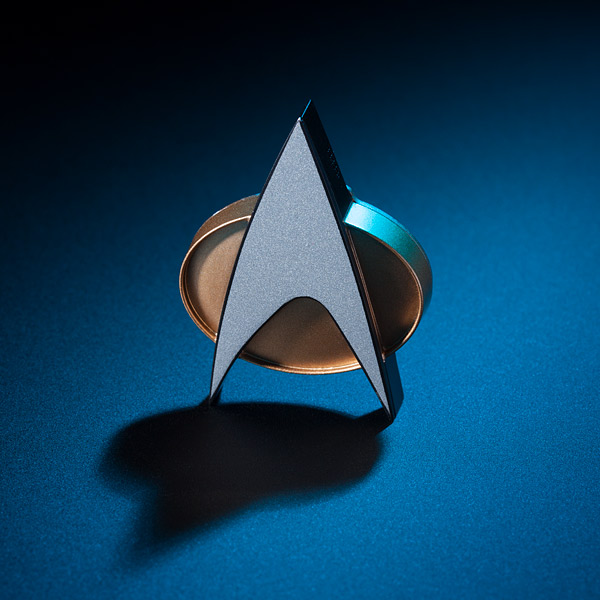 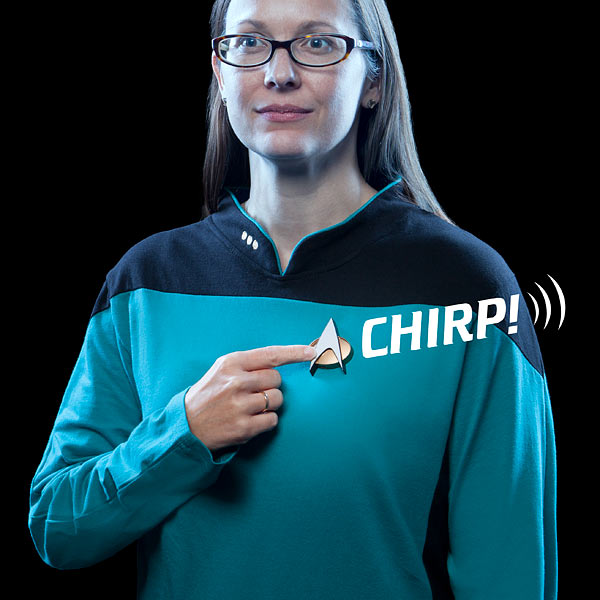