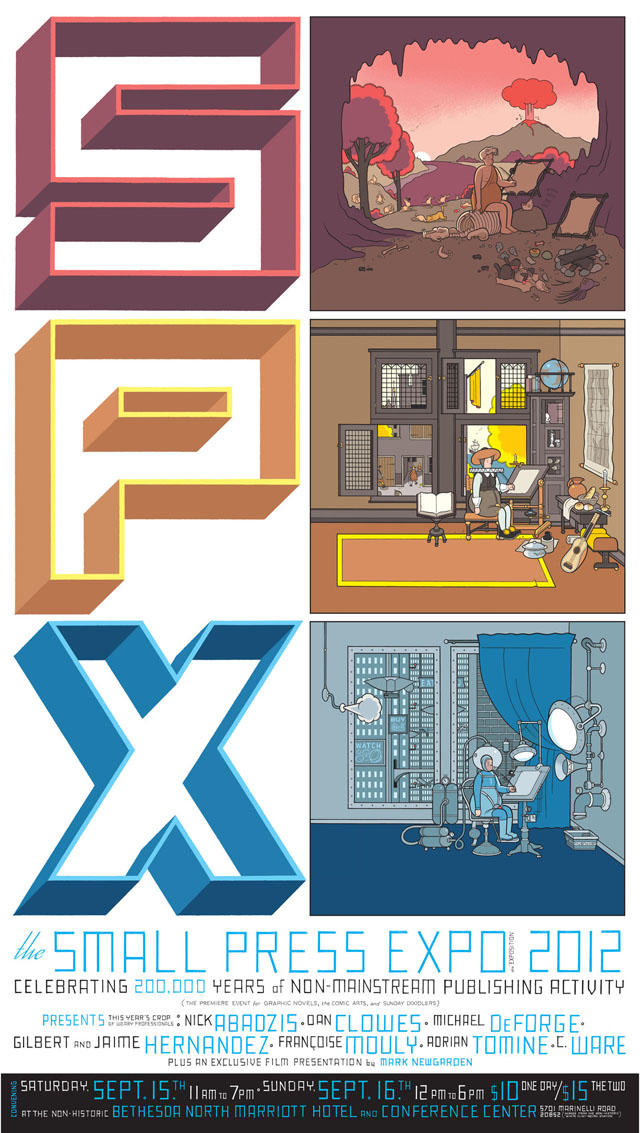 SPX (Small Press Expo) 2012 is a festival celebrating graphic novels, comic art and cartooning that takes place on Saturday, September 15, 2012 and Sunday, September 16, 2012 at the Marriott Bethesda North Hotel & Conference Center in Bethesda, Maryland. Over 450 talented exhibitors will be attending to show off their work.

SPX 2012 will be held the weekend of September 15 and 16, 2012 at the Marriott Bethesda North Hotel & Conference Center in Bethesda, MD, just one mile outside the nation’s capital, Washington DC. In its fifteenth year SPX now serves as the preeminent showcase for the exhibition of independent comic books and the discovery of new creative talent.

There were over 450 people registered as exhibitors and we sold over 170 exhibitor tables. SPX has a unique format of only selling exhibitor space to independent publishers and not to retailers. This provides a very intimate and friendly atmosphere for our creators and fans to mingle. At the same time, there’s a wide array of programming for all to enjoy. 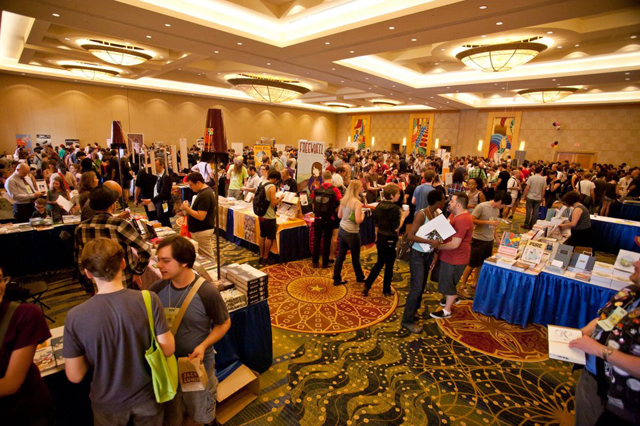 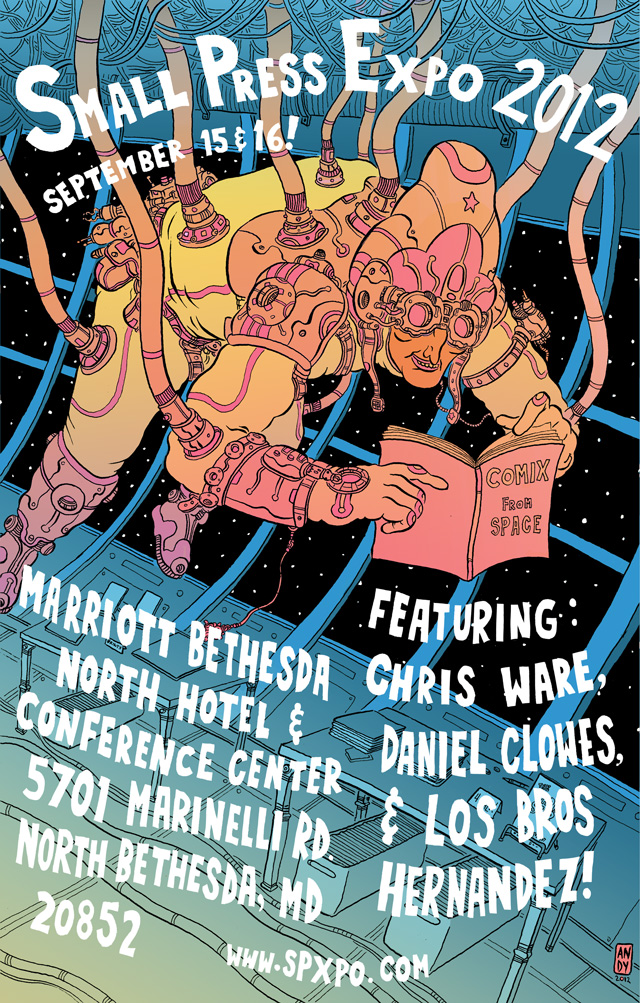 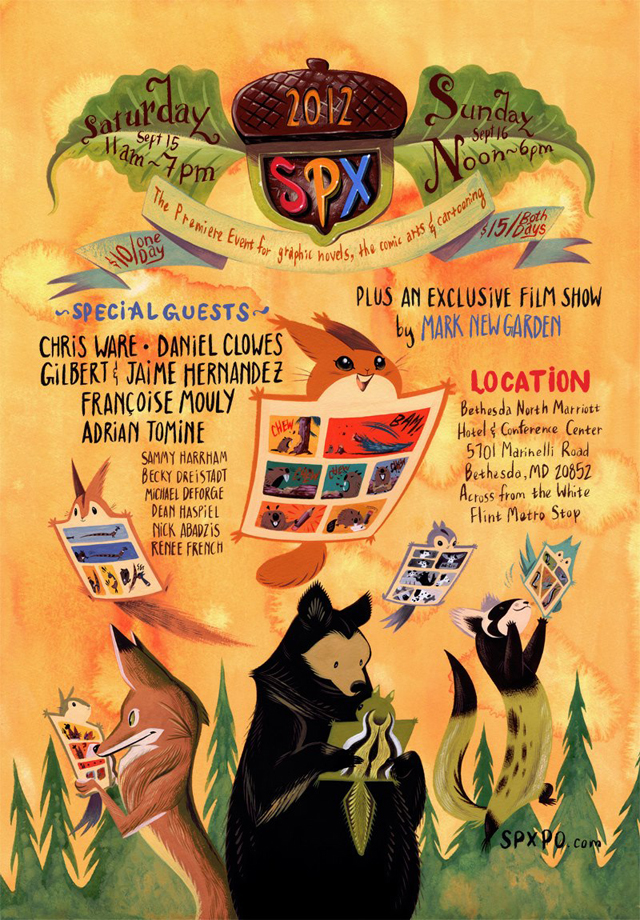 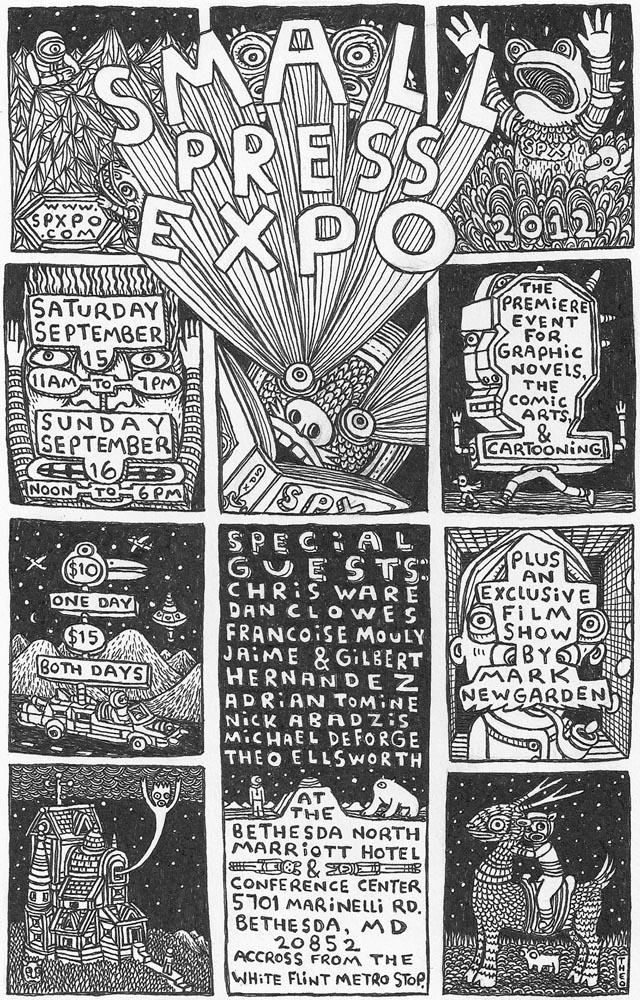 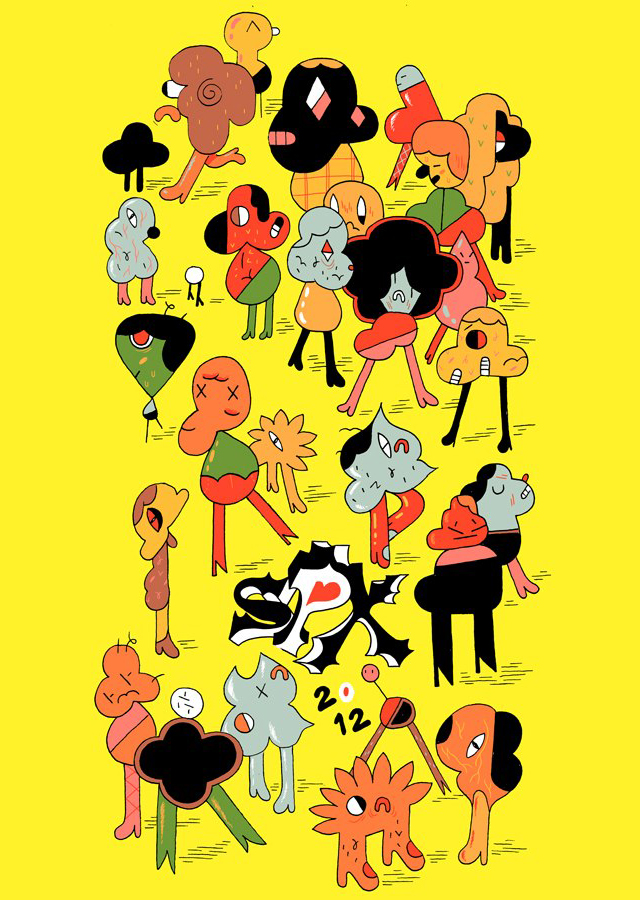 photos and images via The Small Press Expo on Tumblr