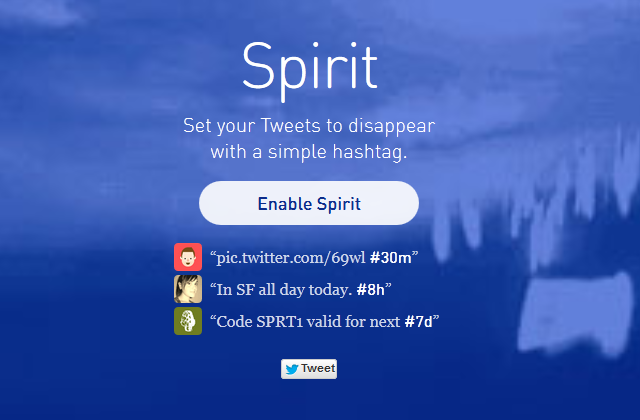 Spirit for Twitter is a service created by former Twitter developer Pierre Legrain that allows users to make their tweets disappear after a set amount of time by adding a hashtag like “5m” for five minutes, “10h” for ten hours, or “3d” for three days. The Snapchat-like Twitter app can be enabled at the Spirit for Twitter website.