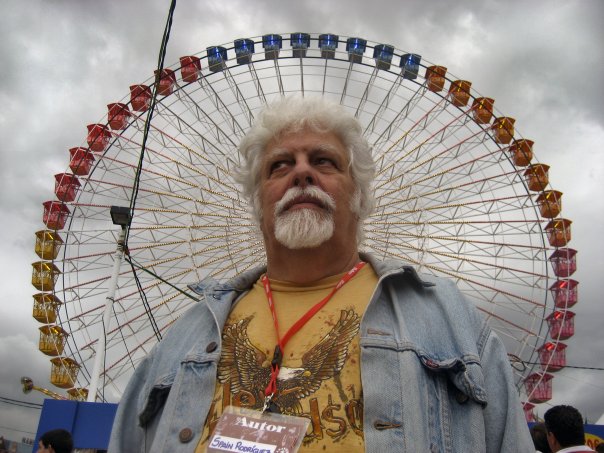 Cartoonist Spain Rodriguez died today at the age of 72. He was best known for his iconic character “Trashman” which appeared in many 1960s underground newspapers. The Beat has a long article about Spain and his work. We have previously posted about Spain and his graphic novel, Che: A Graphic Biography.

It is with great sadness that I inform you of the passing this morning of Spain Rodriguez. He passed at home with his daughter and wife at his bedside at about 7 this morning. He had been fighting cancer for a long time. He was a wonderful father, husband, and friend. His art challenged, changed and enlightened and entertained us for over five decades. His passing coincided with the penumbra eclipse of the moon, like Spain’s shadow from the outer edge of the art world’s face. Services are pending, please give the family some time. 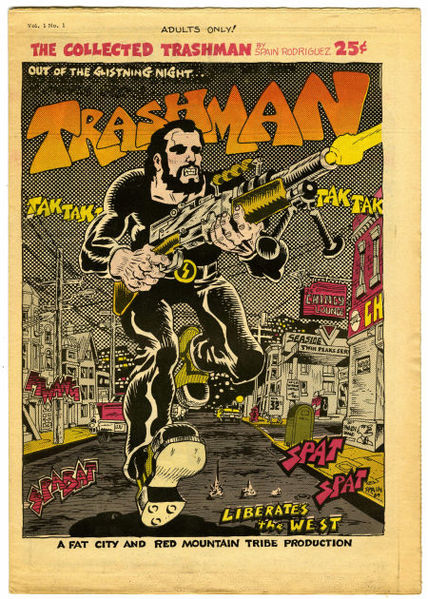