Somebody is a messaging app that lets the user message a friend not electronically, but verbally, through another person. The user first composes a message to their friend — they have the option of adding actions and directions for the messenger. The user then nominates a Somebody user near their friend’s location to deliver the message in person (it’s likely the messenger will be a complete stranger). The app was created by artist Miranda July in collaboration with Miu Miu and is available for free download on the iTunes store.

Somebody works best with a critical mass of users in a given area; colleges, workplaces, parties and concerts can become Somebody hotspots simply by designating themselves as one (official hotspots on somebodyapp.com). The most high-tech part of the app is not in the programming, it’s in the users who dare to deliver a message to stranger. In this sense Somebody is a far-reaching public art project, inciting performance and twisting our love of avatars and outsourcing. The antithesis of the utilitarian efficiency that tech promises, here, finally, is an app that makes us nervous, giddy, and alert to the people around us. 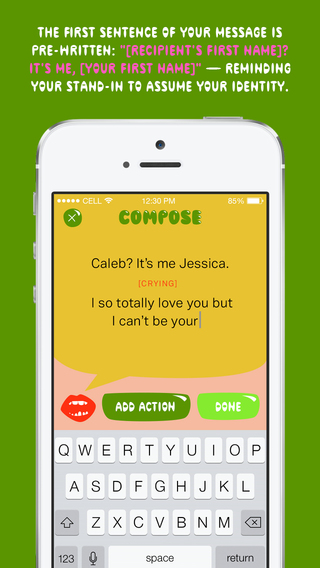 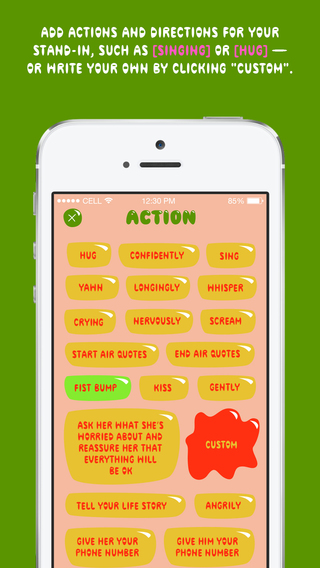