SoMe: Tales From A Social Media Expert is a documentary project by filmmaker Loren Feldman which he recently launched on Kickstarter. Our own founder and primary tentacle Scott Beale will be interviewed for the film which is slated to be released in August 2012.

The year is 2038. “SoMe” is the story of Social Media as told through the experiences of Loren Feldman. It will feature interviews with luminaries, and stories about both Loren and the many people he has met over the course of his career on the web. It will tell the story of the people and culture that drives the Internet and social media. The good, the bad, the ugly. The underlying narrative to all of it is how these “new technologies” are affecting us. Who we are, how we relate to other people, and who people really are offline as opposed to online. Identity, transparency, persona, these are just a few of the concepts that will be explored. 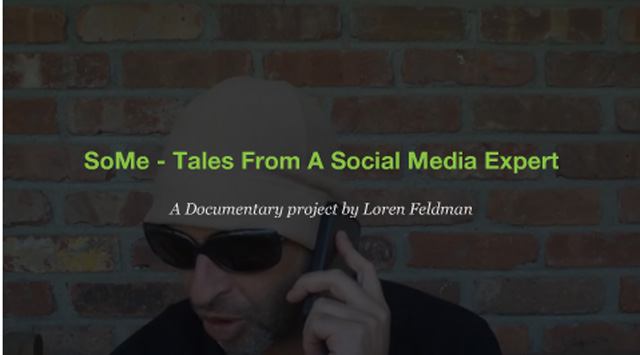