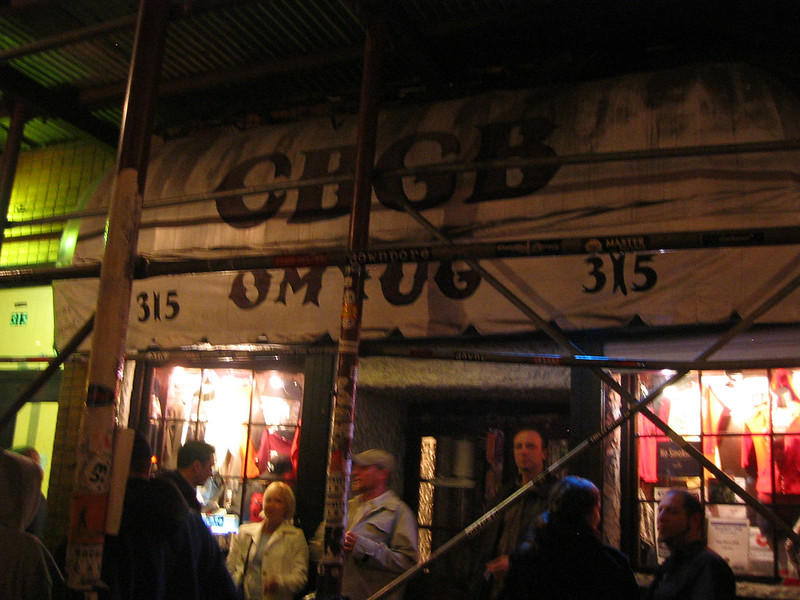 CBGB, the legendary club in New York’s Bowery that helped give birth to punk rock, had its final show Sunday night, featuring a performance by Patti Smith. After 33 years, they are closing the doors to both the club at 315 Bowery and CB’s 313 Gallery. Founded by Hilly Kristal in 1973, CBGB was the launch pad for such bands as The Ramones, Blondie, Talking Heads, Sonic Youth, Television and many others. If Hilly can’t find a suitable location in New York, he’s thinking about moving the club to Las Vegas. Regardless of the outcome, CBGB will never be the same.

Digging around, I found some closing weekend coverage:

We have been fortunate to be involved with organizing a few events at CBGB club/gallery:

A very special thanks goes out to Micheline and her awesome staff for working with us on all of these events. So long guys, we’re really going to miss you.