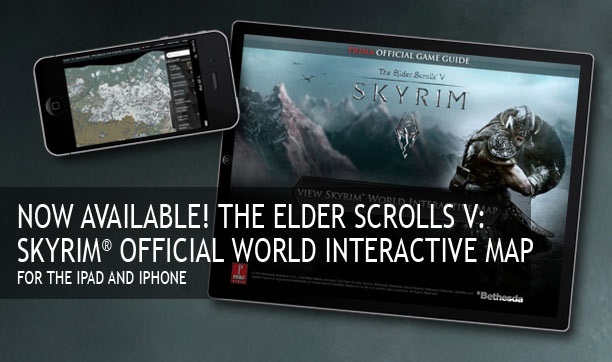 Bethesda has released an iOS app featuring an interactive map of the massive world of The Elder Scrolls V: Skyrim.

The Elder Scrolls V: Skyrim Official World Interactive Map is a 100% complete and official interactive world map revealing every primary location, secondary location, point of interest, world encounter, vendor, trainer, skill book, and unique item across the realm. From the 9 major Hold cities to the open expanses of wilderness and mountains, you’ll never be lost with over 150 interactive maps. This interactive map is made by the original team of the well-received Elder Scrolls V: Skyrim Prima Official Game Guide.
You can download the map with all 9 hold capital city locations for free. In-app purchases include everything from primary locations and secondary locations to over 1,000 points of interest.