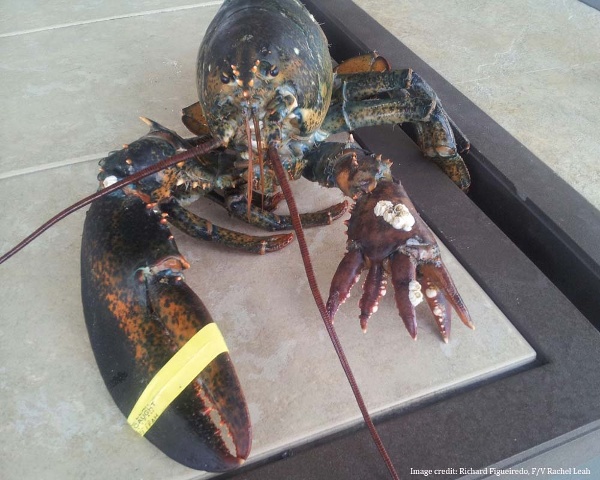 GrindTV is reporting that Captain Peter Brown and fisherman Richard Figueiredo of The Rachel Leah pulled in a rare six-clawed lobster while lobster-fishing off the coast of Hyannis, Massachusetts. They discovered the freaky-looking four-pound lobster’s left side sported five claws and its right side had just one big normal-sized claw. According to scientists, its deformity is caused by a genetic mutation. The lobster, which has been named “Lola,” will be sent to Maine State Aquarium in Boothbay Harbor, Maine where it will be publicly displayed with other unique lobsters.