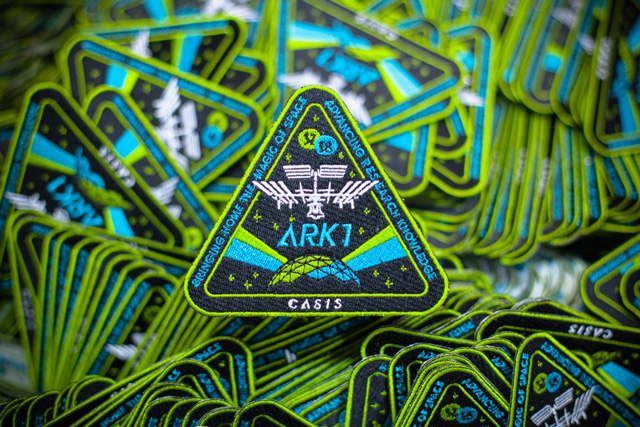 The Center for the Advancement of Science in Space (CASIS), the nonprofit organization promoting and managing research on board the International Space Station (ISS) U.S. National Laboratory, recently unveiled a new mission patch design by artist Shepard Fairey for Advancing Research Knowledge 1 (ARK)1, its first sponsored payload. The patch will be worn by astronauts on the ISS ARK1 mission which is slated to run from September 2013 through March 2014. Fairey says, “It’s a really special thing. I’m just flattered and honored that I could create something that becomes just a small symbol of how things can move forward. The excitement of the unknown. To be part of that, is really a cool thing.” Fairey talks about his process in a video made by Fiction.

Advancing Research Knowledge 1 (ARK1), originally known as Increment 37/38, is the first launch period sponsored by CASIS. ARK1 is scheduled to run from September 2013 through March 2014. Some planned payloads during this increment include award recipients from CASIS’ first Request for Proposals in protein crystallization, binary colloidal alloy tests with implications to product shelf life, and the education program, “Story Time From Space.” A number of mission patches will also be flown to the ISS to commemorate ARK1.