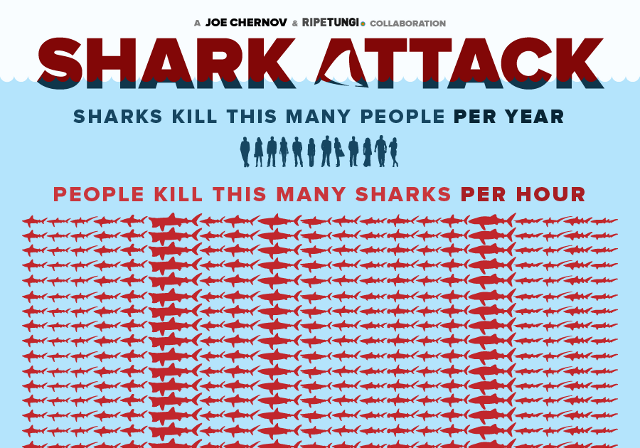 Joe Chernov and Robin Richards have created an infographic that illustrates the staggering number of sharks killed by humans every year. According to the infographic, sharks killed 12 people last year, but humans kill that many sharks every four seconds, adding up to an estimated total of 100 million sharks annually. Many sharks are killed by “finning,” a process in which a shark’s fins are cut off to be sold for shark fin soup. Organizations like the Shark Conservation Society, Stop Shark Finning, Humane Society International, documentaries like Sharkwater, and environmental campaigns on The Pew Charitable Trusts are all working to raise awareness of and ultimately prevent shark finning. You can view the full infographic at Chernov’s website.

via Under the Vast Blue Seas, I Love Charts