AMC and Sony Pictures Television have announced that Seth Rogen and Evan Goldberg will be adapting a television-version of Preacher, a Vertigo comic book series drama from the 1990s by Garth Ennis and Steve Dillon. According to The Hollywood Reporter, Rogen and Goldberg will write the script and executive produce alongside Breaking Bad co-producer and writer Sam Catlin.

Preacher tells the story of Jesse Custer, a preacher in the small Texas town of Annville. Custer was accidentally possessed by the supernatural creature named Genesis in an incident which killed his entire congregation and flattened his church. Genesis, the product of the unauthorized, unnatural coupling of an angel and a demon, is an infant with no sense of individual will. However, as it is composed of both pure goodness and pure evil, it might have enough power to rival that of God Himself. In other words, Jesse Custer, bonded to Genesis, may have become the most powerful being in the whole of living existence. 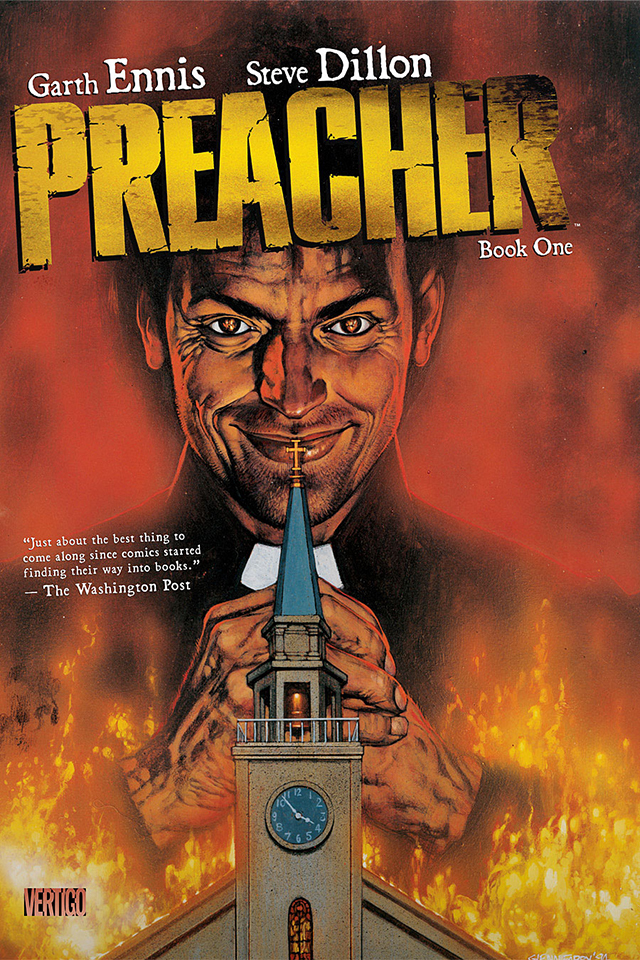