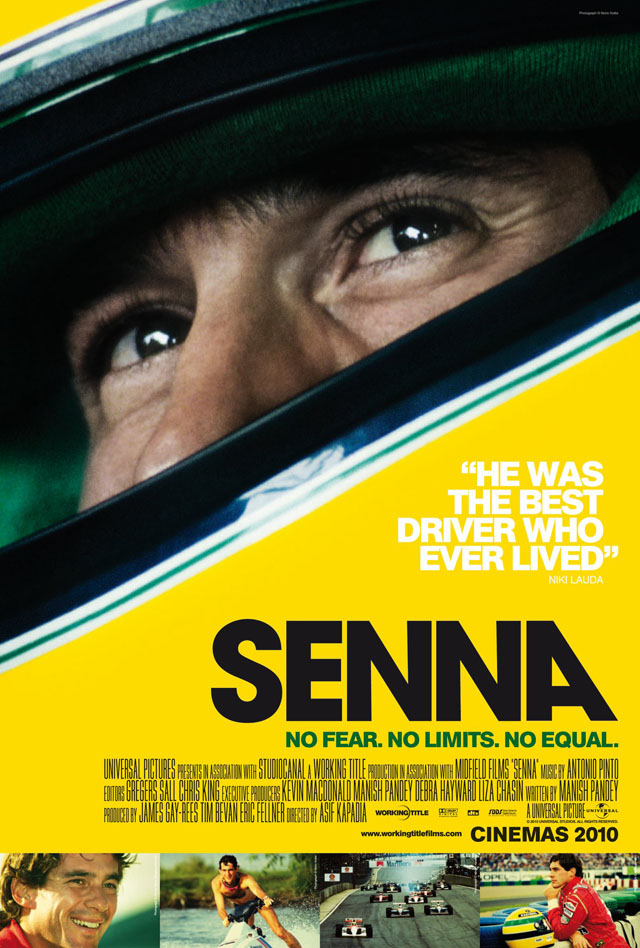 Senna is a new documentary by Asif Kapadia about Brazilian race car driver Ayrton Senna, an extraordinarily gifted Formula One driver and three time world champion, who died in a tragic racing accident in 1994 at age 34 (see the trailer). Senna has the distinction of being the last driver to die in a Formula One racing accident.

Senna’s remarkable story, charting his physical and spiritual achievements on the track and off, his quest for perfection, and the mythical status he has since attained, is the subject of SENNA, a documentary feature that spans the racing legend’s years as an F1 driver, from his opening season in 1984 to his untimely death a decade later.

The film opens in limited US theaters this month.