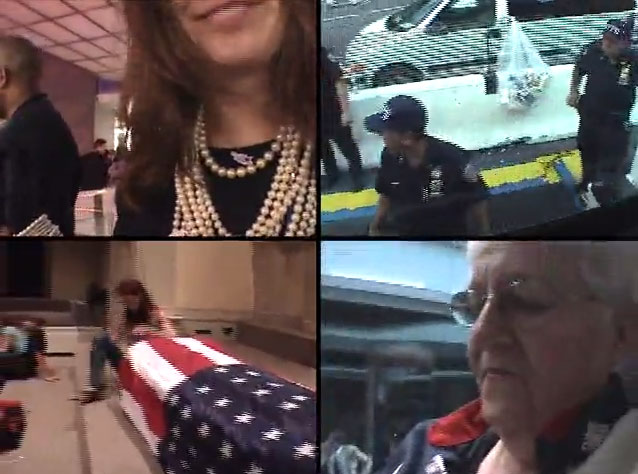 “SEE THE ELEPHANT” is an immersive four screen video installation that documents the 2004 Republican National Convention in New York City from four viewpoints: Republicans, demonstrators, mass media, and authorities. The film was created by Ryan Junell and a team of collaborators and was originally shown on election day in 2004 in a number of cities around the country.

The Republican National Convention was held in New York City at Madison Square Garden August 30th through September 2nd. The four video trajectories take place inside the RNC, outside the venue with the authorities, in the streets with the demonstrators, and at arms-length with mass media. Content for the projected piece includes natural sound, impromptu interviews, and overlapping content with the intent of creating an intelligible, multi-linear, political narrative.