Seaboard GRAND is a new piano-like electronic instrument with a tactile keyboard that creates a more expressive and varied sound than a traditional piano. The soft black keyboard uses an interface called Sensory, Elastic and Adaptive (SEA), enabling the player to adjust pitch, volume, and timbre as they press the keys. You can see and hear the instrument in action in these solo and duet teaser performances. Seaboard GRAND is being developed for production by British tech company ROLI. A introductory run of 88 instruments is in the works—prices and technical details will be released in April. 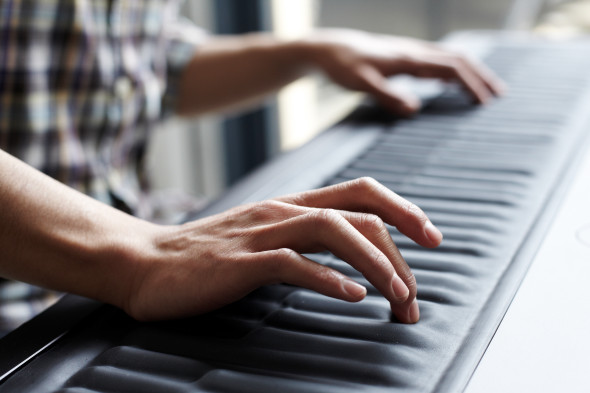