Donald Faison, who played Turk in the comedy TV series Scrubs, revealed his audition tape for the upcoming film Star Wars: Episode VII on a recent episode of Conan. Donald wore a blue and yellow cape as he tried out for the role of Lando Calrissian Junior, son of Lando Calrissian.

J.J. Abrams needs someone to play Lando Calrissian Jr. Can Donald Faison rock a powder blue cape in a galaxy far, far away? You bet your midi-chlorians he can! 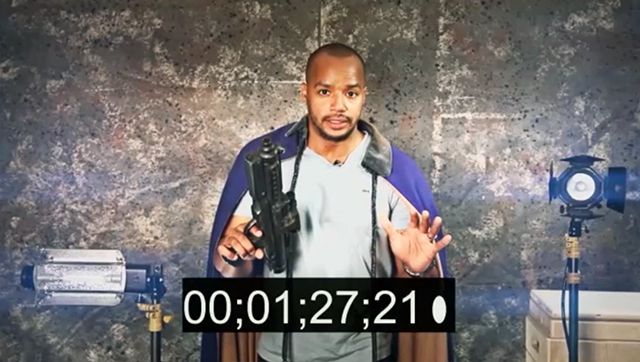