Marvel has released a new teaser trailer and official poster for the upcoming superhero film Ant-Man (previously). The full-length trailer features Scott Lang (Paul Rudd) getting geared up as Ant-Man and preparing for the heist of the century. The movie is currently scheduled to release in theaters on July 17, 2015.

The next evolution of the Marvel Cinematic Universe brings a founding member of The Avengers to the big screen for the first time with Marvel Studios’ “Ant-Man” when master thief Scott Lang must embrace his inner-hero and help his mentor, Dr. Hank Pym, protect the secret behind his spectacular Ant-Man suit from a new generation of towering threats. 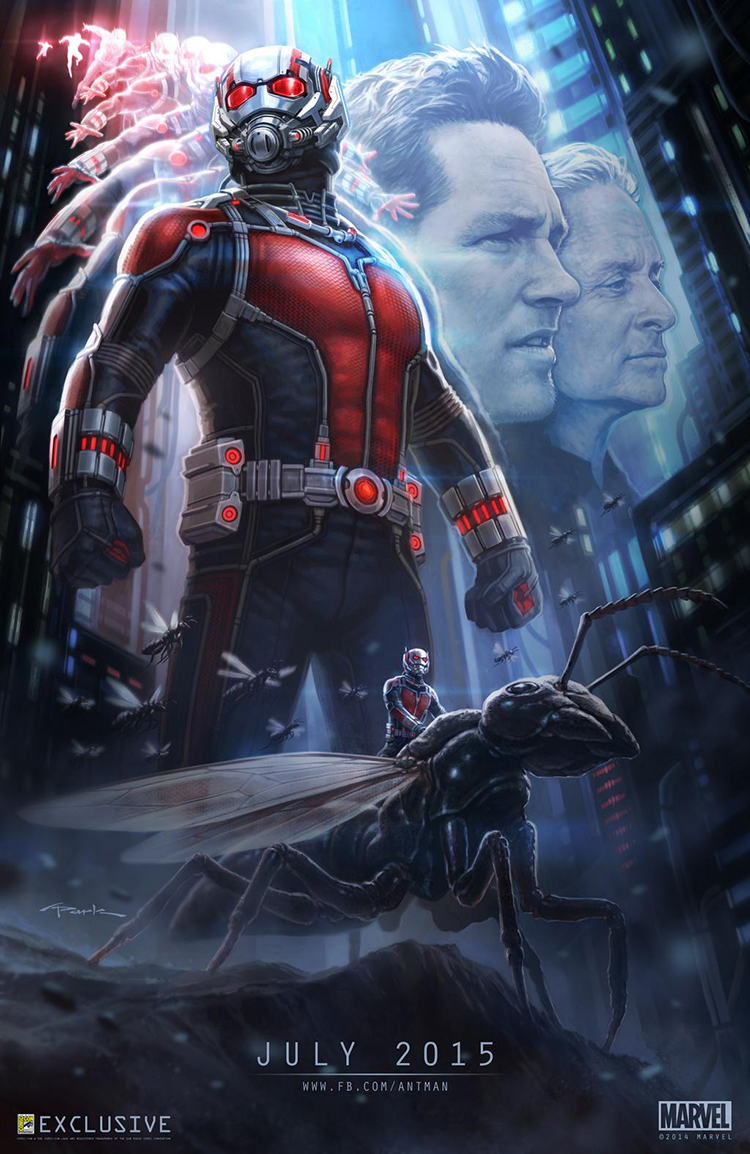