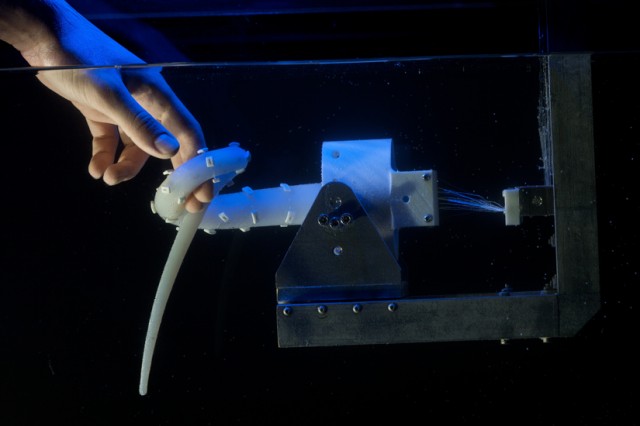 A team of European scientists has developed a working robotic tentacle inspired by the arm of an octopus. Like its slithery natural cousin, the robotic tentacle is soft and can be stiffened to grasp objects (watch it grab a plastic bottle in this test video). A silicon skin provides grippiness (suction cups were not deemed necessary). The 17″ long arm is part of a larger European Commission-funded project to create a robotic octopus by 2013.

At Laughing Squid, we’re disappointed that the scientists are not making a RoboSquid, but we applaud all work in the field of cephalopod robotics.