High school student and maker Mistablik built himself a personal vending machine that fits inside his school locker. Mistablik started thinking of novel uses for his locker when he realized schools were transitioning more towards electronic devices, so students had less of a need for a place to store physical books.

After working out the Arduino based design with some friends, Mistablik built the Soda Locker and detailed his process in an post on Instructables.

A little less than a year ago, on the way back from lunch to U.S History class, I looked at one of the lockers and thought “how cool would it be to have a vending machine fit entirely inside of a locker?” Shortly after, I mentioned the idea to a few class mates at my table. We then talked about it for a while as a joke, but the further we went on, to me, the idea seemed entirely possible! 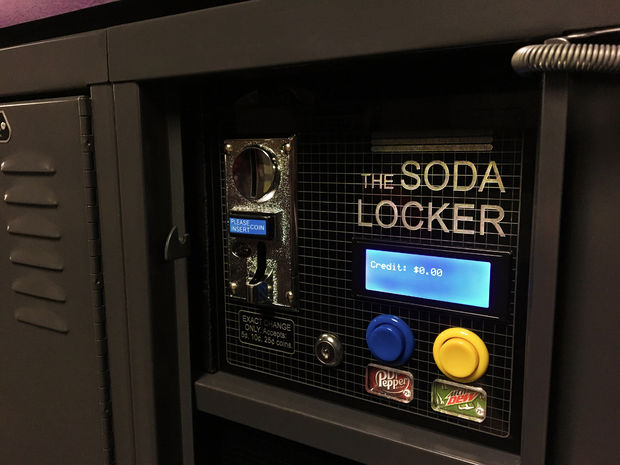