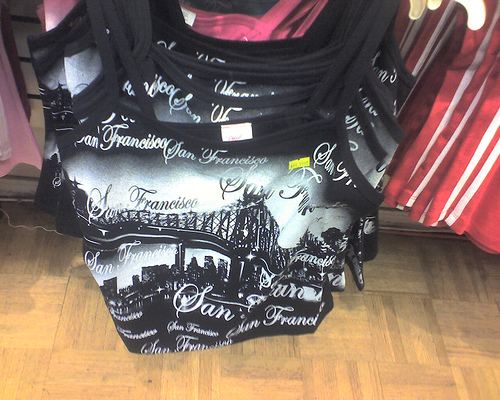 My friend Rob is sponsoring a photo treasure hunt for a t-shirt he found being sold in San Francisco. Here’s what he sent me, leave your answers in the comments.

There is something wrong with this picture…very very wrong.

Can you tell me what it is?

I will buy a steak and drinks at John’s Grill for the first person who can tell me the name and address of the store I took the photo in.

UPDATE 1: Rob just sent me another photo he shot of a t-shirt sold around the city that uses an image Hong Kong’s Tsing Ma Bridge in place of the Golden Gate Bridge. 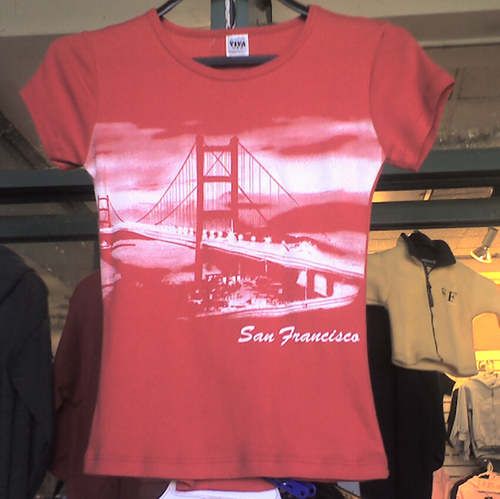 UPDATE 2: At long last, have a winner! Rob has confirmed that John Jeremi found the store where the t-shirt is sold.